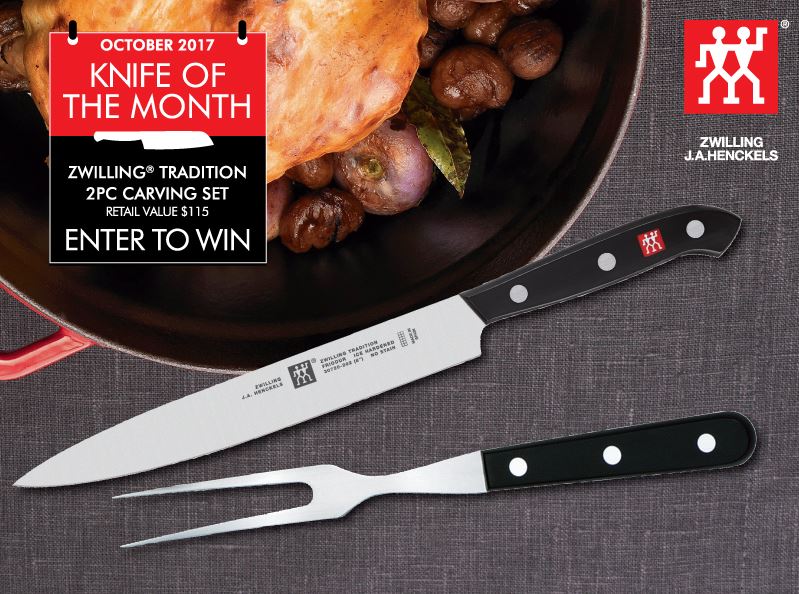 Zwilling Canada has just announced the new Knife of the month contest for October in which you can win a Tradition 2PC Carving Set which includes an 8″ Slicing Knife and a 6″ Carving Fork.

Contest is open to residents of Canada (excluding Quebec) who have reached the age of majority.

Then, click here to go to the contest Facebook app and fill out the form with your name, province and email address. There is a limit of 1 entry per Facebook account during the contest period.

Winner will receive a Tradition 2PC Carving Set, which includes an 8" Slicing Knife and a 6" Carving Fork.