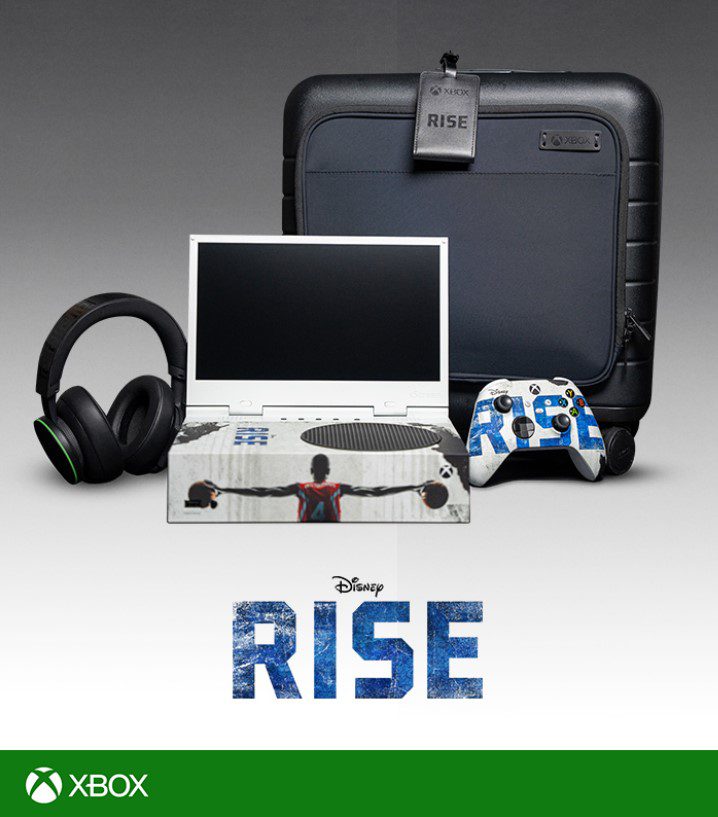 Enter the new Xbox Disney Rise Contest, in it, you get the chance to Win a Rise Xbox Series S Console + UPspec Travel Screen + headphones and more.

Contest is open to residents of any Xbox Live supported region who are at least the age of majority in their jurisdiction of residence.

Entering is very easy, first go to the official Xbox page on Twitter located @xbox and follow it, then locate the post talking about this contest (click here to go directly), and retweet it using the #DisneyRiseXboxSweeptstakes hashtag.

The contest will close on July 28, 2022.  Winner will be selected by random drawing.

There is one Grand Prize available, it consists of a prize package including: an Xbox Series S console and controller with Disney Rise artwork, an UPspec Travel Screen, a 12-month Game Pass Ultimate code and a Microsoft headset with a total ARV of $828.

Winner will be notified via Twitter DM within 7 days of the contest closing date.