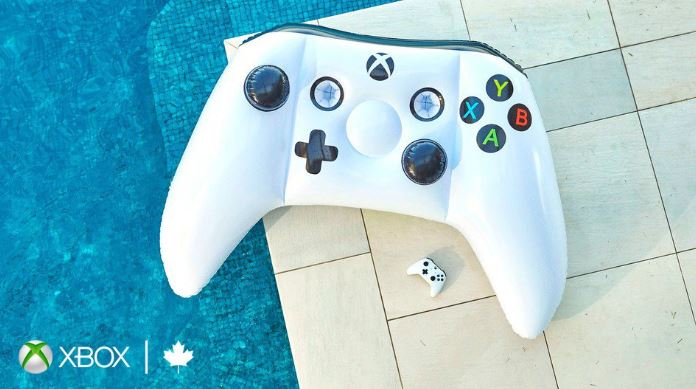 Enter the new Xbox Canada Summer Contest for your opportunity to win an Xbox controller pool float and more.

This contest is open only to legal residents of Canada (excluding the province of Quebec) who have reached the age of majority in their province or territory of residence.

All you have to do to enter is visit the official Xbox Canada Twitter page and follow it, then tweet something that shows “how you are celebrating the Long Weekend with Xbox” using the #XboxCanadaSummer hashtag.

Contest closes on Friday August 10, 2018 at 11:59 pm ET.  Winner will be selected by random draw from among all eligible entries.

The prize draw will take place on August 13, 2018. Winners will be notified by phone within 10 days of the draw.