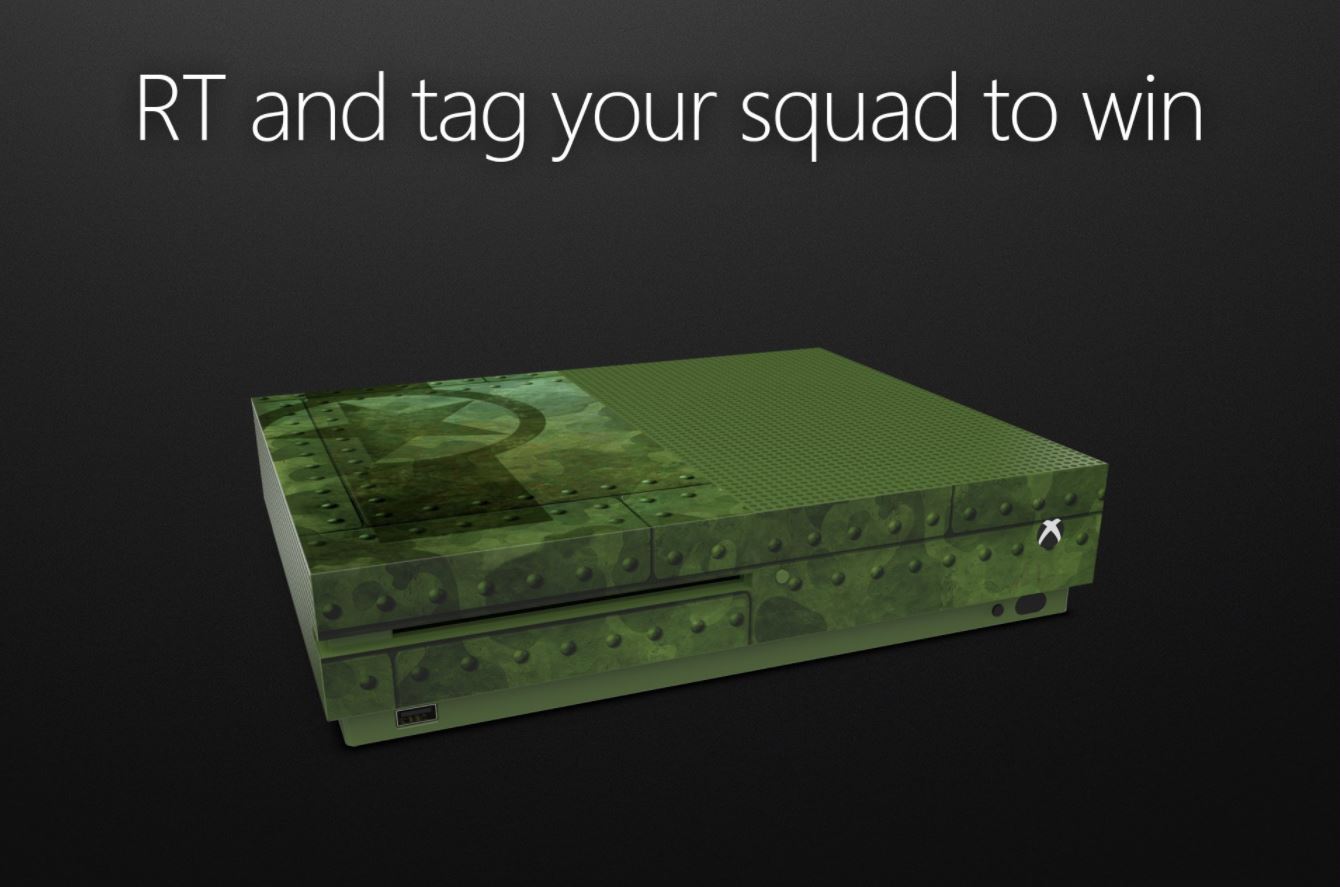 Xbox Canada just posted a new contest on Twitter in which you can win a custom Xbox One S for you and another one for a friend.

Contest is open to legal residents of Canada (excluding Quebec) who have reached the age of majority in their province or territory of residence at the time of entry.

Go to the contest tweet, retweet it and then tag the friend you would like to win the other Xbox console.

On November 7, 2017 a random draw will be conducted to select the winners from among all the elegible entries received during the contest period.