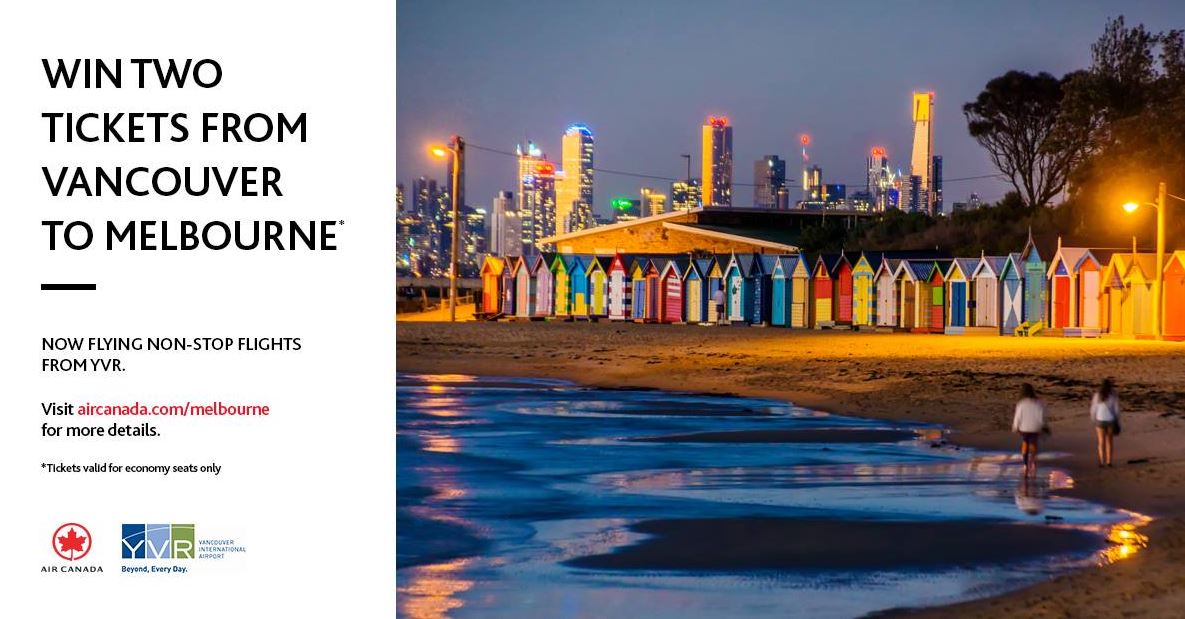 The Vancouver International Airport has announced that from now on there will be non-stop flights to Melbourne all year-round. To celebrate the occasion, they have posted a Facebook contest in which you can win two tickets from Vancouver to Melbourne via Air Canada.

Click here to go to the Melbourne contest post and then simply comment why you want to fly Down Under to be entered into the contest.

The contest closes on Friday, December 1, 2017. The potential winner of the tickets will be chosen by random draw from all the elegible entries.

The winner will receive two tickets from Vancouver to Melbourne via Air Canada.

A random draw will be conducted to select the winner of the two Vancouver to Melbourne tickets.

Sportsnet ThisIsBIG Contest 2022: Enter the game codes and win up...