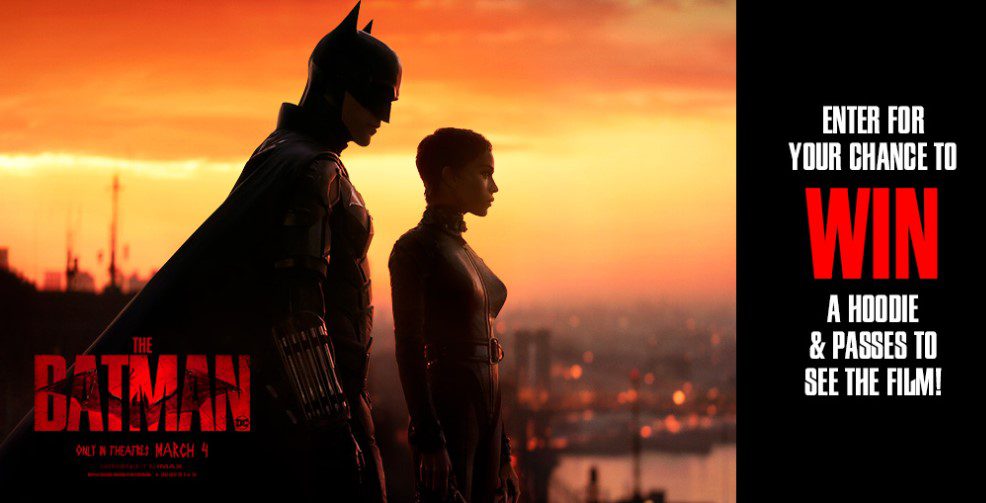 GameStop Canada has announced a new contest, in it, you get the chance to Win tickets to see The Batman at Cineplex and The Batman PUMA hoodies from EB Games.

Contest is only open to residents of Canada who have reached the age of majority in their province or territory.

To participate you have to visit the official GameStop Canada page on Twitter and follow it, then head to the contest post, like it and comment on it tagging a friend and telling what city you’re in and who your favourite character is.

Entries must be submitted before February 28, 2022.  Winner will be determined by random draw.

There are 8 prizes available, each consists of tickets to see The Batman and a The Batman themed hoodie.

Win 1 of 3 Samsung Odyssey gaming monitors thanks to Best...