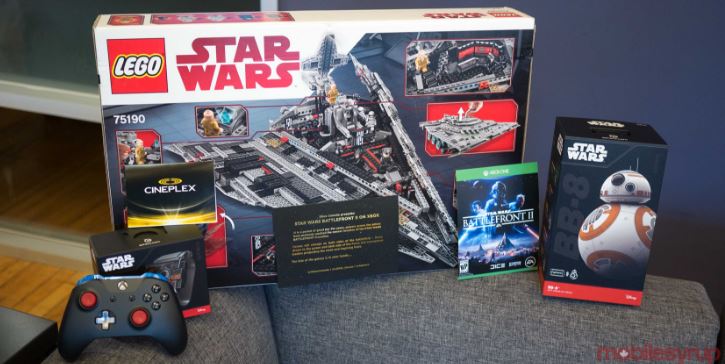 Mobilesyrup has posted a new Star Wars Contest in which you can win the Ultimate Star Wars prize pack valued at over $1,000 courtesy of Microsoft Canada. The prize pack includes video games, BB-8 Sphero, a Star Wars LEGO set, a $100 Cineplex gift card to see the movie and more.

The contest is open to all residents of Canada and the United States.

Click here to go to the Star Wars contest page at mobilesyrup.com

The contest closes on December 15th, 2017 at 11:59 pm EST. The winner will be selected at random from all the entries.

A random draw from among all the elegible entries will take place to select the winner.