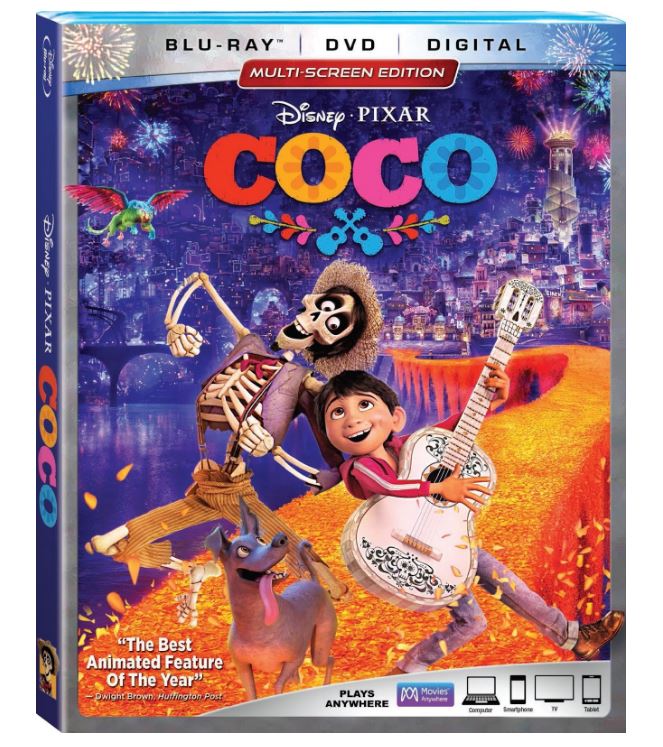 The Reel Roundup has a contest in which you can win Disney Pixar’s Coco on Blu-ray.

Contest open only to legal residents of Canada aged 18 years or older at the time of entry.

Enter via email:
Send an email to the address found on the contest post using the subject line ‘Enter Me to Win Coco on Blu-ray’, and provide your full name, email address and mailing address in the body of the email.

Contest closes on Tuesday, February 27, 2018 at 11:59 PM Eastern Time. Winner will be chosen randomly from among all the elegible entries received.

Winner will receive the Oscar-nominated movie "Coco" on Blu-ray.

Winner will be selected at random, and will be contacted via Twitter direct message, Facebook message or email, depending on the method of entry.