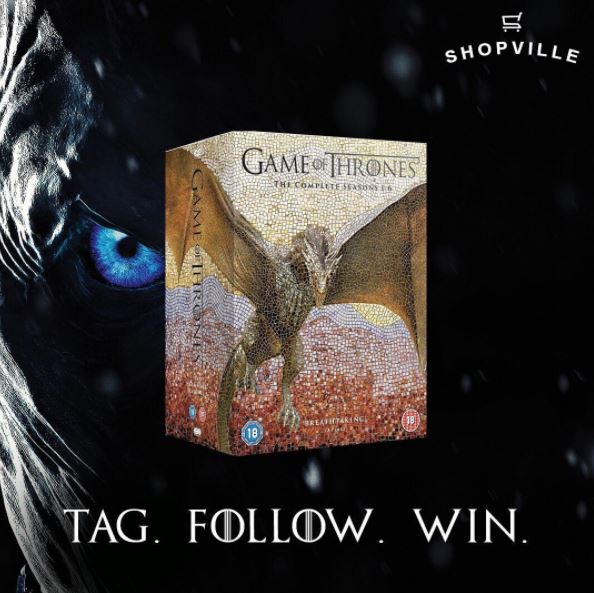 The winner will receive a Game of Thrones season 1-6 boxed blu-ray set. The winning copy will be shipped to your address of choice.

Winner will be selected in a random draw from among all elegible entries and will be announced July 28th, 2017 on Shopville's social media.