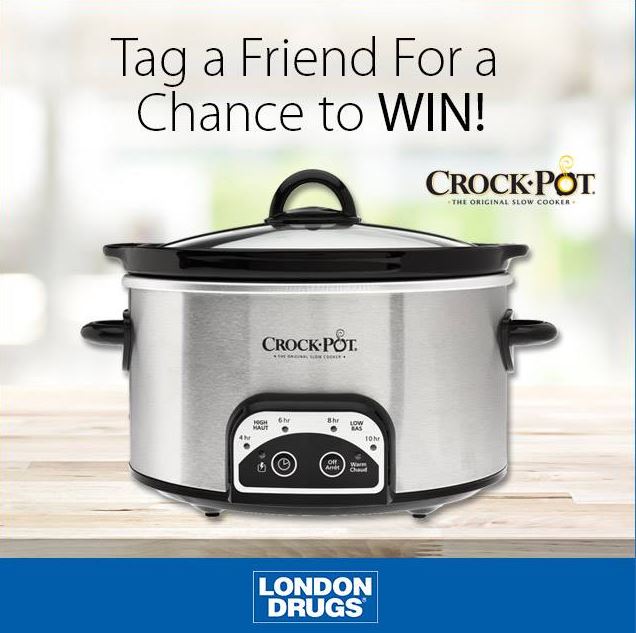 London Drugs announced yesterday a new flash contest in which you can win an original Crock Pot slow cooker for you and another one for a friend.

This contest is open to all residents of British Columbia, Alberta, Saskatchewan and Manitoba who have reached the age of majority.

Click here to go to the Crock Pot contest post and in the comments tag a friend who needs one too.

Hurry up! The contest closes today November 30, 2017 at 11:59 pm PT. The winners will be chosen by random draw from among all the elegible entries received.

There will be 4 prizes in total each consisting of a Crock Pot with a value of $44.99. The selected winner and the friend they tagged will each be winners.

A draw will be held within 3 days of contest end to select the winners. Selected entrants will be contacted through Facebook.