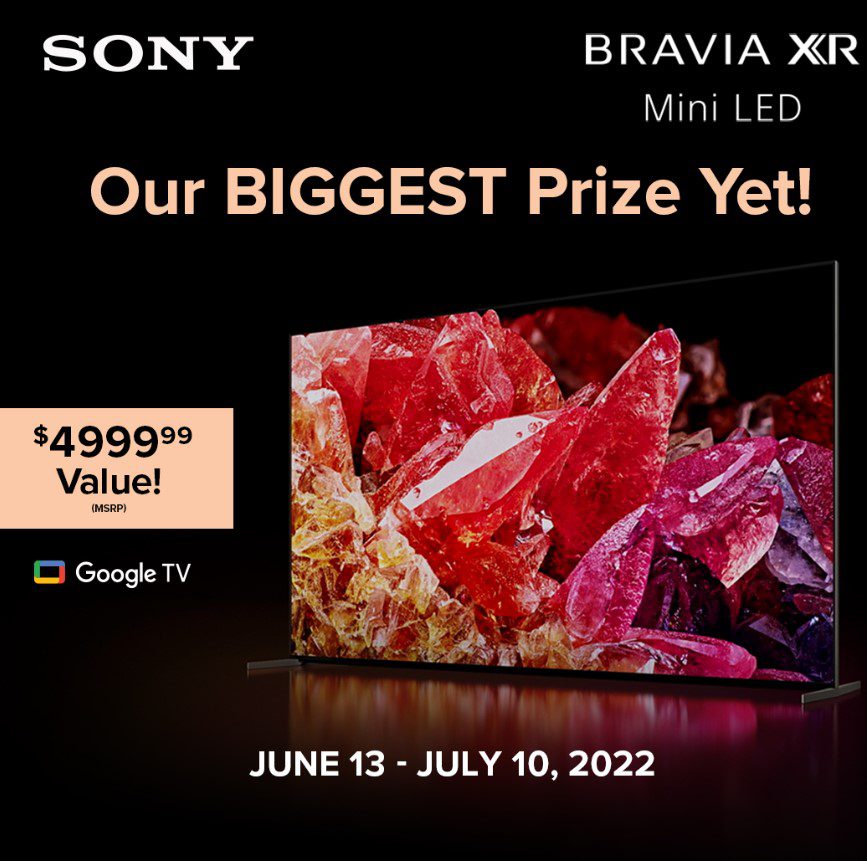 Visions Electronics announced a new contest, in it, you get the chance to Win a 75″ Sony Bravia 4K Ultra HD HDR Mini LED Smart Google TV.

The contest is open only to residents of British Columbia, Alberta, Saskatchewan, Manitoba and Ontario.

To enter you have to visit your nearest Visions Electronics Store and ask for a demonstration of the new Sony Bravia X95K to receive a QR code that will take you to the entry form, then complete the form and submit it.

Entries will be received until July 10, 2022 at 11:59 pm MST.  Winner will be selected at random from all eligible entries.

There is one Grand Prize available, it consists of a 75" Sony Bravia 4K TV.

Winner will be notified by email.

Where the Crawdads Sing Contest: Win a $100 Cineplex gift card,...