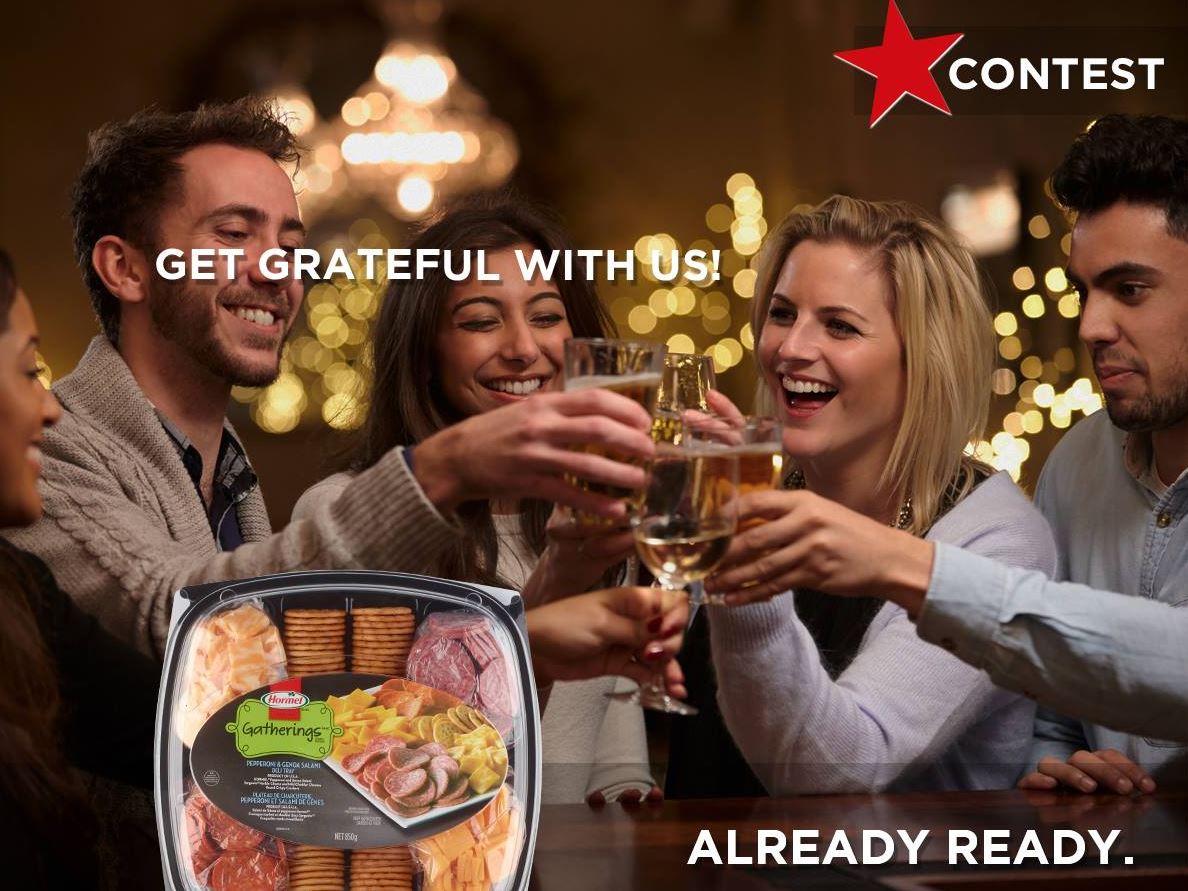 Hormel Gatherings Canada posted a new Facebook Contest in which you can win one of the five Deli Trays.

Contest is open only to residents of Canada who have reached the age of majority.

Go to the Facebook contest post and in the comments section mention three things that you are grateful for this year, this month or today.

The contest closes on October 13, 2017. Winners will be chosen at random from among all the elegible entries received during the contest period.

There will be 5 winners of a Hormel Gatherings Deli Trays.

The Hormel Gatherings Canada Facebook contest begins on October 3, 2017 and ends on October 13, 2017.

Winners will be chosen at random from among all the elegible entries received during the contest period. Potential winners will be contacted via Facebook.

Planters Gaming Contest: Win a PlayStation 5 Console and a Gaming...