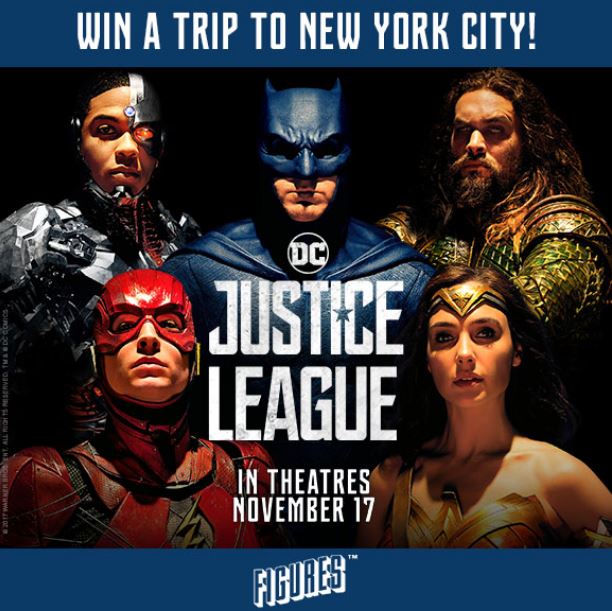 Warner Bros Canada has right now a Justice League Contest in which you can win a trip to New York City.

Contest is open to residents of Canada (excluding Quebec) who are over the age of majority in their province/territory of residence at the time of entry.

Click here to go to the Justice League Contest page at warnerbroscanada.com

To enter, simply fill out the contest entry form with your name, postal code, email address and phone number. Agree to the rules and regulations and submit the form to receive one entry. There is a limit of one entry per person/per day.

The contest closes on Monday, December 4, 2017 at 9:00 am EST. A random draw will be conducted to select the winner from all the entries received during the contest period.

Grand Prize (1 winner): A trip for the winner and one guest to New York City. Includes:
- roundtrip economy airfare to NYC.
- 2 nights hotel accommodations for two.

The potential winner of the NYC trip will be randomly chosen on or about Monday, December 4, 2017 from among all the elegible entries received.