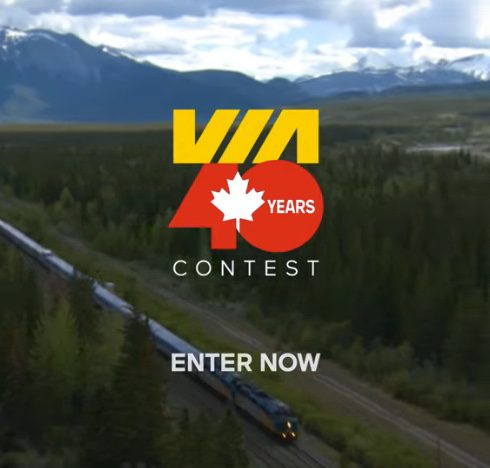 Get the opportunity to win 1 of 40 anniversary tickets for a panoramic ride in Canada, in the recently published Via Rail 40th anniversary Contest.

This contest is open to all permanent residents of Canada who have reached the age of majority in their province of residence.

There are two ways to enter:

1) Make a reservation for the purchase of at least one ticket from VIA Rail Canada to receive one entry.

2) Visit the official contest webpage and fill out and submit the registration form with your name, email address and phone number.

One of forty prizes, each consisting of a roundtrip train fare for two people to the destination of their choice.

Coors Light Onesie Contest: Enter your PIN and win 1 of...