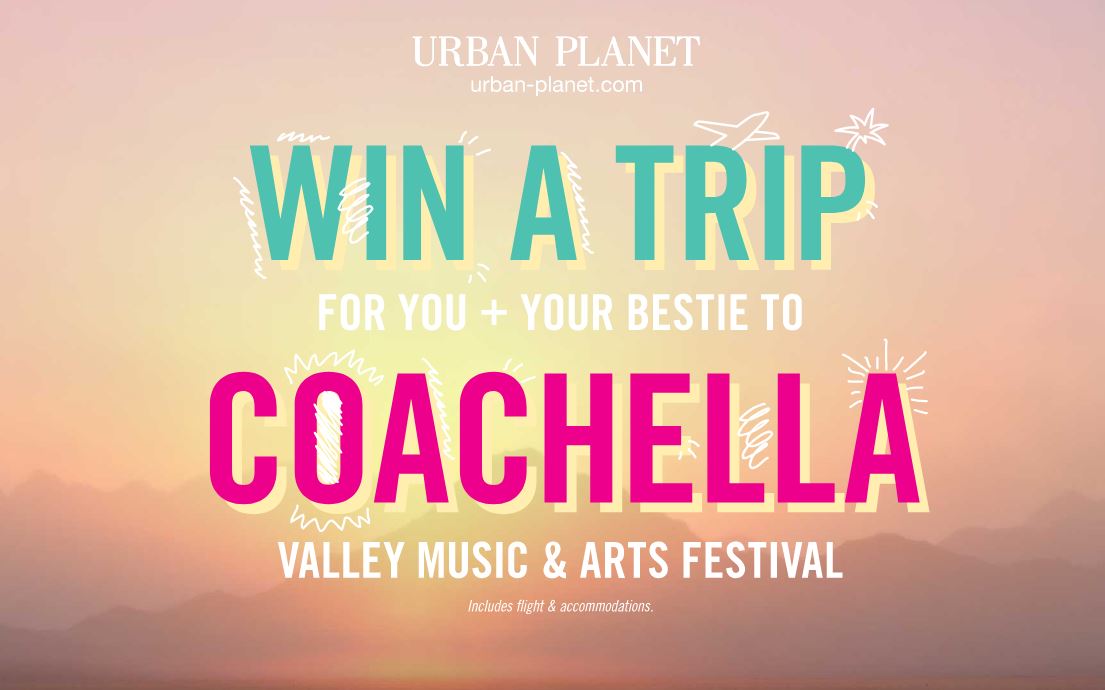 Enter the Urban Planet Coachella Contest for your chance to win one of the three trips for two to the Coachella Valley Music and Arts Festival 2018 in in Indio, California.

Contest is only open to legal residents of Canada (excluding residents of Quebec) who are 18 years of age or older.

Fill out the entry form with your name, email address and mobile number and submit the form.

You can also enter by visiting any Urban Planet store in Canada (excluding Quebec) and text the word “FESTIVAL” to the phone number provided under the heading “Contest Entry Text-In Phone Numbers”.

Contest closes on March 29, 2018. A random draw will be held to select the 3 winners of the trips.

On or around March 29, 2018 a random draw will be held to select the 3 winners. Selected entrants will be notified within 3 days of the Draw Date

Casillero del Diablo Hallowine Contest 2022: Win a trip to a...