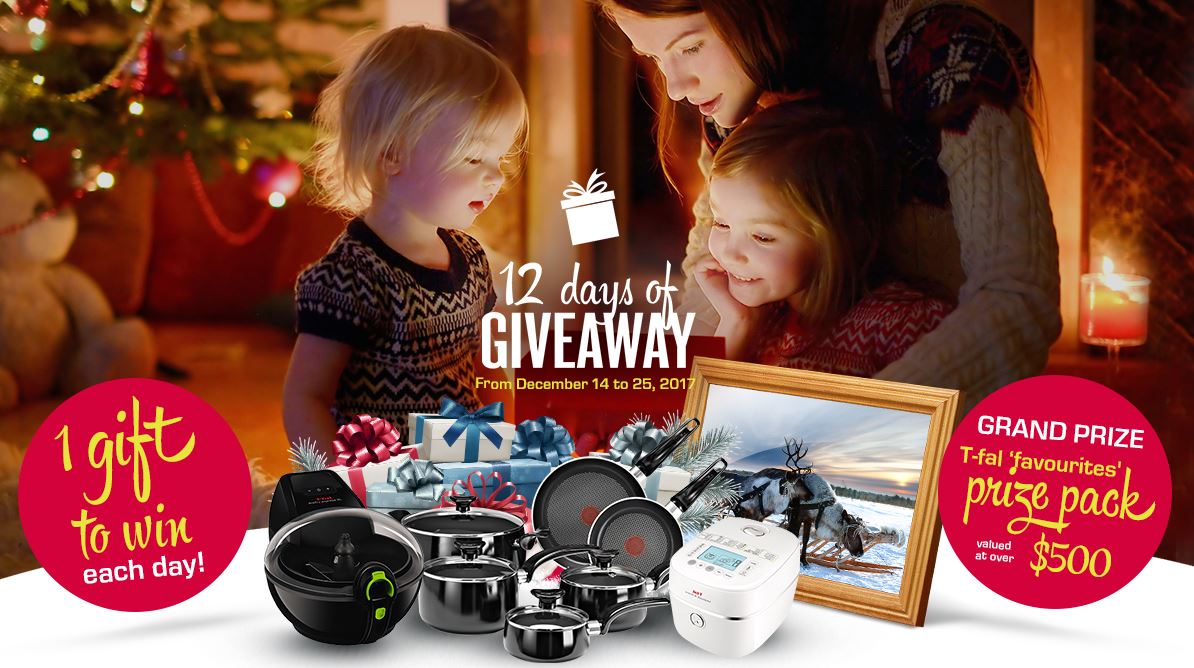 Enter T-Fal’s 12 Days of Giveaway for your chance to win one of the 12 prizes, including a T-Fal favourites prize pack valued at over $500.

Contest is open to legal residents of Canada (excluding Quebec) who are 18 years of age or older.

To enter, go to the official T-Fal 12 Days of Giveaway contest page at http://12-days-of-giveaways.t-fal.ca

On Advent calendar page, click on the box corresponding to the date of the day’s giveaway. Fill out the entry form and then scratch the box by clicking and moving your mouse. You can be one of the potential winners if the word “WON” appears after scratching the box.

There is a limit of one entry per person per day, so be sure to enter every day.

Instant Wins are randomly computer generated winning times. After scratching the box the entrants will know immediately whether they are one of the potential winners or not. Potential winners will be contacted within 10 days after the end of the Contest.