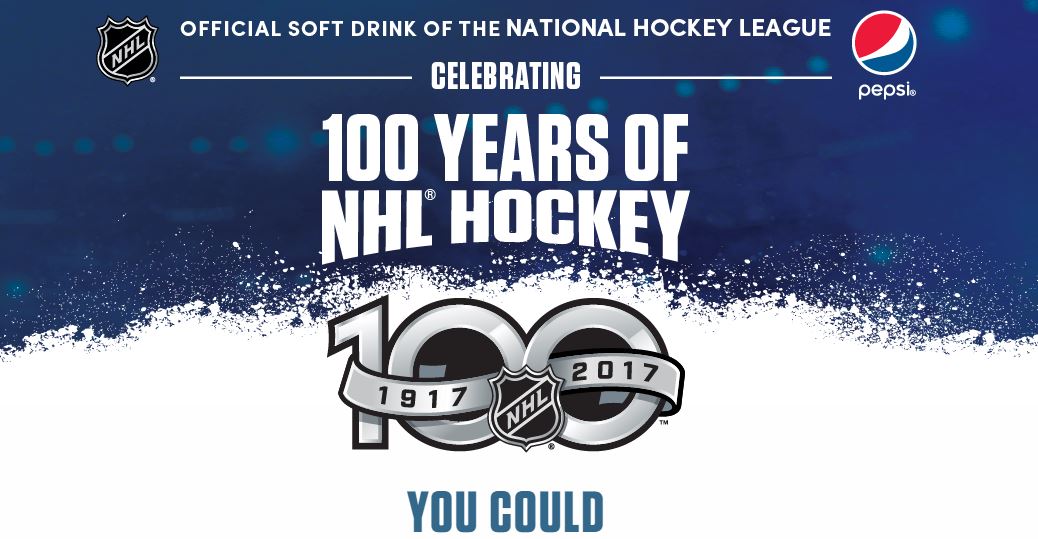 Enter the 100 Prizes a Day Contest from Subway and Pepsi for a chance to win one of the 100 daily prizes and one of the 3 trips to a Stanley Cup Final Game.
1. Visit one of the participating Subway restaurants and purchase a combo of 1 Pepsico beverage and 1 bag of Frito Lay Chips or 1 bowl of soup or 2 cookies.
2. You will receive 1 scratch card that contains your PIN.
3. Go to the official website 100prizesaday.com to enter your PIN.
4. For each PIN entered you will receive 1 entry into the draw.

GrandPrize. 3 Grand Prizes consisting of:
· One trip for four including round-trip economy-class air transportation departing from the major airport closest to the winner’s home to the designated game city of a 2017 Stanley Cup final game (which may include non-direct flights).
· Two nights’ 4-star accommodation, based on double occupancy, at a hotel to be chosen by the contest sponsor.
· Four tickets to attend a 2017 Stanley Cup final game as determined by the contest sponsor.
· CAD$1000 awarded to the winner.

Grand Prizes and Secondary Prizes Draw: On April 27, 2017, a random draw will be conducted from among all eligible entries received during the contest period to select three eligible grand prize winners and secondary prize winners.