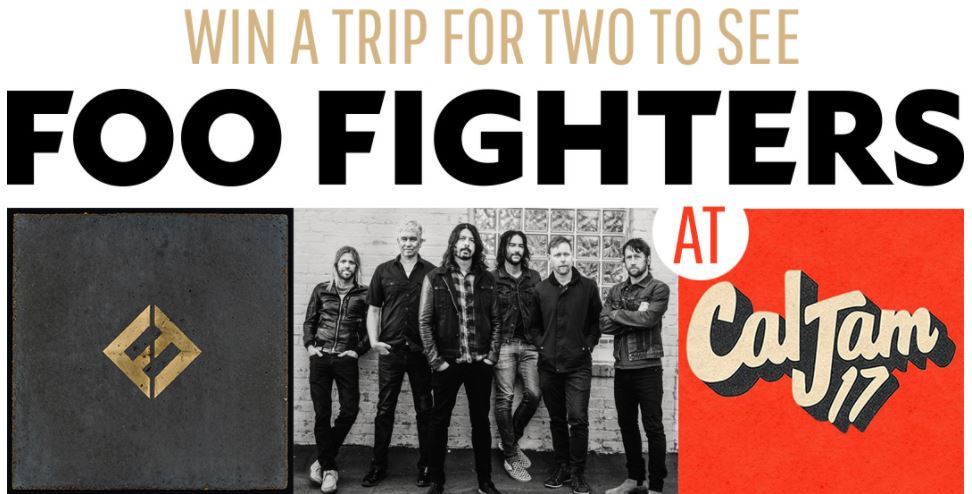 Sony Music Canada announced a new contest in which you can win a trip for 2 to see the Foo Fighters at Cal Jam 17 in San Bernardino, California on October 7th, 2017.

Contest is open to legal residents of Canada (excluding Quebec) who are 19 yearss old or older and who have a Spotify account.

Then, click “Connect To Spotify” to follow Foo Fighters and have the Foo Fighters’ new album “Concrete and Gold” added to your collection.

Fill out the online form of the contest page by entering the requested personal details.

A random draw will be held to choose the winning entrant from among all the elegible entries.

A random draw for the Prize will be conducted on September 15, 2017. Winning entrant will be contacted by the email address provided on the entry form within 24 hours of the draw.