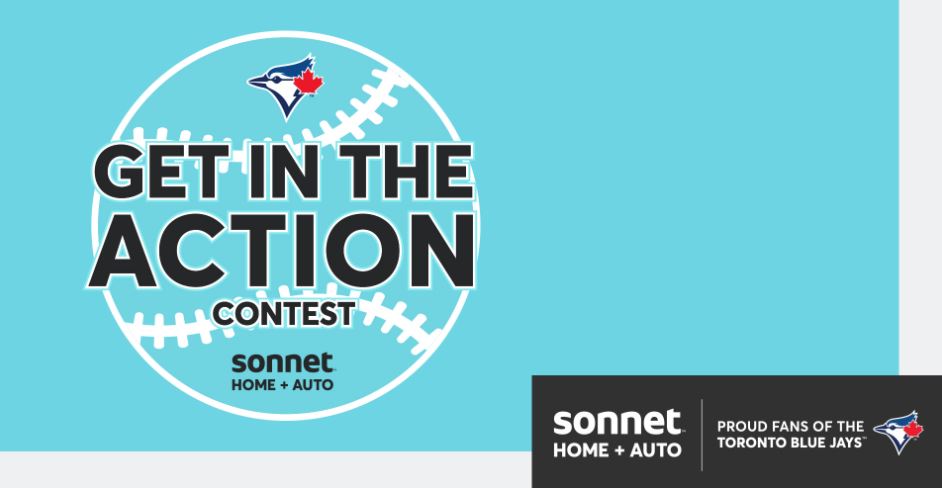 Enter the Sonnet Insurance Get in the Action Contest for your chance to win tickets for you and 3 friends to 2 regular season Blue Jays games at Rogers Centre. The prize includes airfare, hotel accommodation, a gift card to The Keg Steakhouse + Bar, Blue Jays jerseys, $500 spending money and more.

Contest is open only to residents of Canada who are of age of legal majority in the province/territory in which they reside.

Click here to go to the official page of the contest and select your language.

Completely fill out the online form with the requested personal details. After submitting the form you will earn an entry into the contest.

To receive 5 additional entries, agree to sign up to the Sonnet newsletter.

The contest closes on Monday, September 11 at 4:59 p.m. ET. Winner will be chosen in a random draw.

At approximately 10:00 a.m. ET on Wednesday, September 13, 2017 a random draw from among all elegible entries will be held. Potential winner will be contacted by phone.

McDonalds Monopoly Coast to Coast 2022: Enter your game codes and...