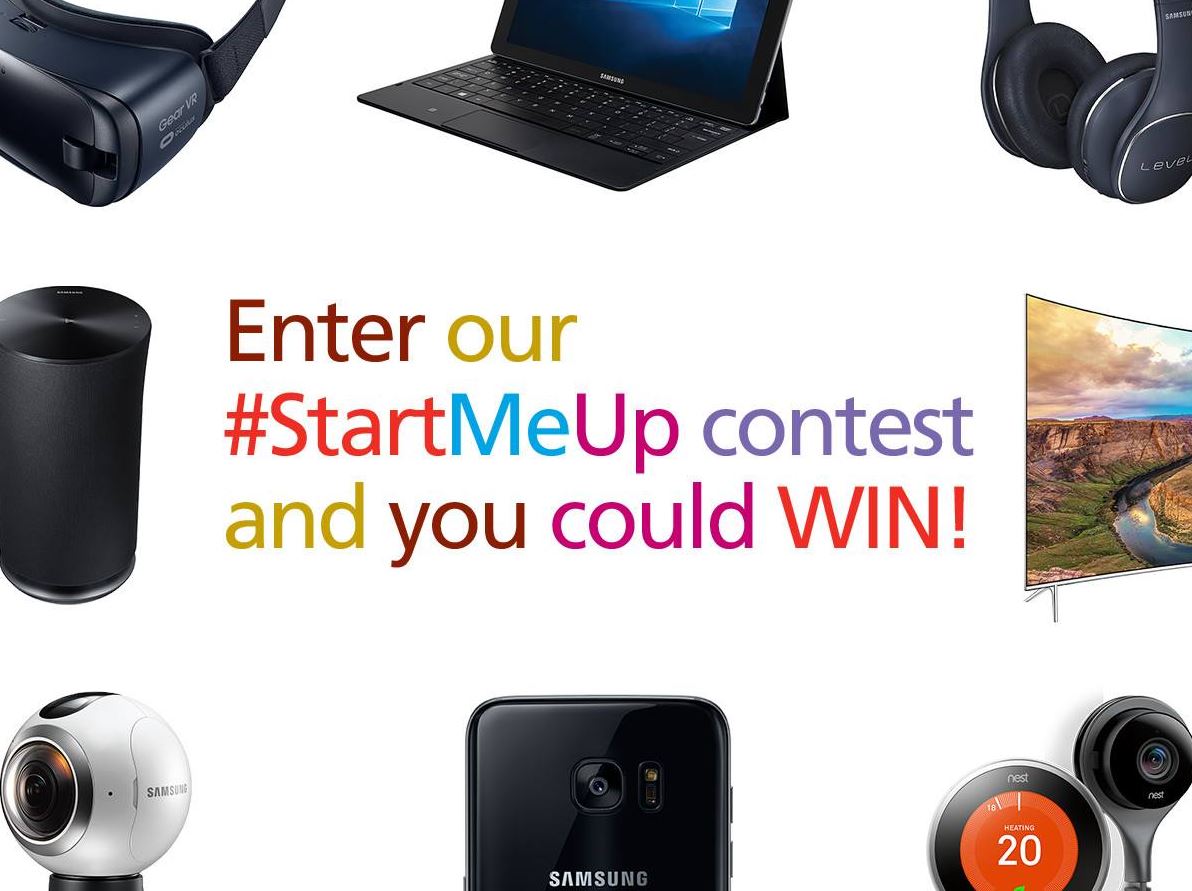 Enter the Scotiabank #StartMeUp Contest for a chance to win a Samsung Galaxy S7 edge, a Samsung Tab Pro S, Samsung Galaxy Tab S2 and many more prizes.
1. You can enter the contest via Facebook and Twitter. Follow Scotibank on Facebook and on Twitter @Scotiabank.
2. Each week there will be a post of the contest on Facebook and a tweet of the contest on Twitter.
3. Share your story relating to the Contest Post for the applicable Weekly Prize Period and it will be considered your official entry into the Contest. You may enter only once during each Weekly Prize Period.
4. If you enter the contest via Twitter, be sure to include #startmeup when tweeting your story.
5. Click here to see the official rules of the Scotiabank Contest.

A panel of judges appointed will judge all eligible Entries received during each Weekly Prize Period and select the winning entry.

Grand prize draw: One Grand Prize Draw will take place at an agent of the Sponsor in Toronto, ON at 2:00:00 PM ET on May 25, 2017 from among all eligible Entries received during the Contest Period.

Win a trip to the Globl Jam in Toronto and the...