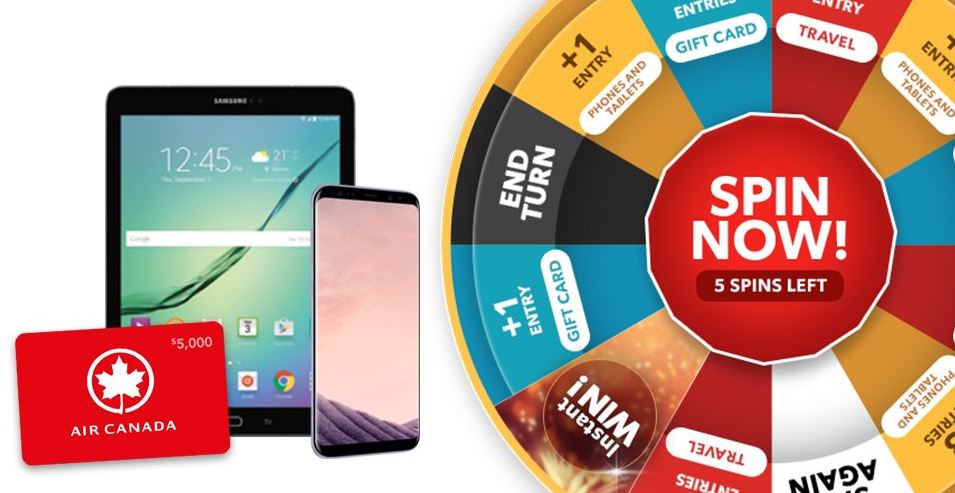 Rogers Spin to Win Contest 2017. Rogers is celebrating summer by giving away $100,000 CAD in prizes—including 5 Grand Prize Air Canada travel vouchers worth $5,000 each and dozens of the hottest smartphones.

Entrants can win instantly by spinning the wheel.

On October 2, 2017 there will be 3 random draws to decide the winners of the Small, Medium and Large Draw Prizes.