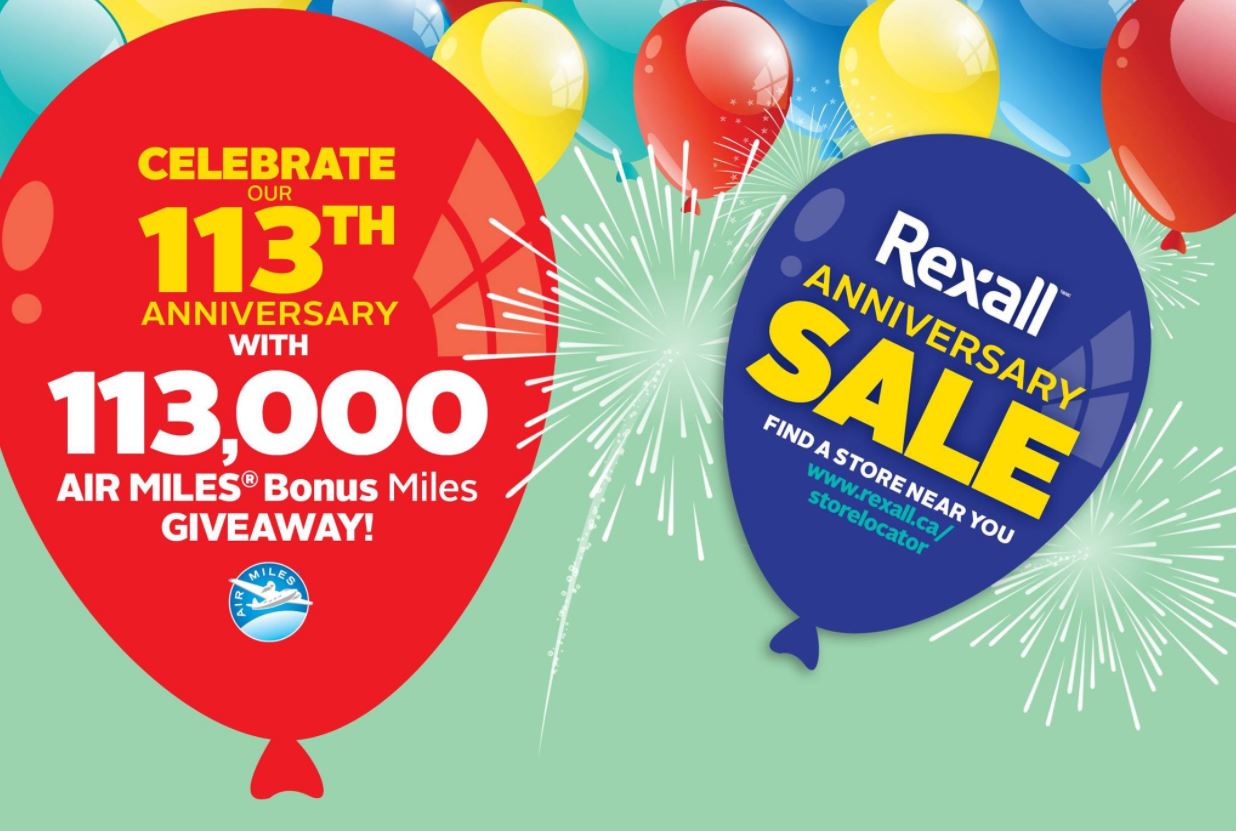 Contest is open only to residents of Canada in the provinces of Ontario, Manitoba, Alberta, Saskatchewan & British Columbia who have reached the age of majority and who are members of the AIR MILES Reward Program.

Purchase any qualifying products at any Rexall or Phrama Plus Stores during the contest period and swipe your AIR MILES Card at the moment of purchase. You will be automatically entered into the contest.

Contest closes on October 5, 2017. A random draw will be conducted from among all elegible entries to select the winners.

Grand prizes and the secondary prizes will be drawn on October 19th 2017 at 2:00pm. AIR MILES reward miles will be posted directly into the AIR MILES Account of the confirmed winner within 6 weeks of the contest end date.