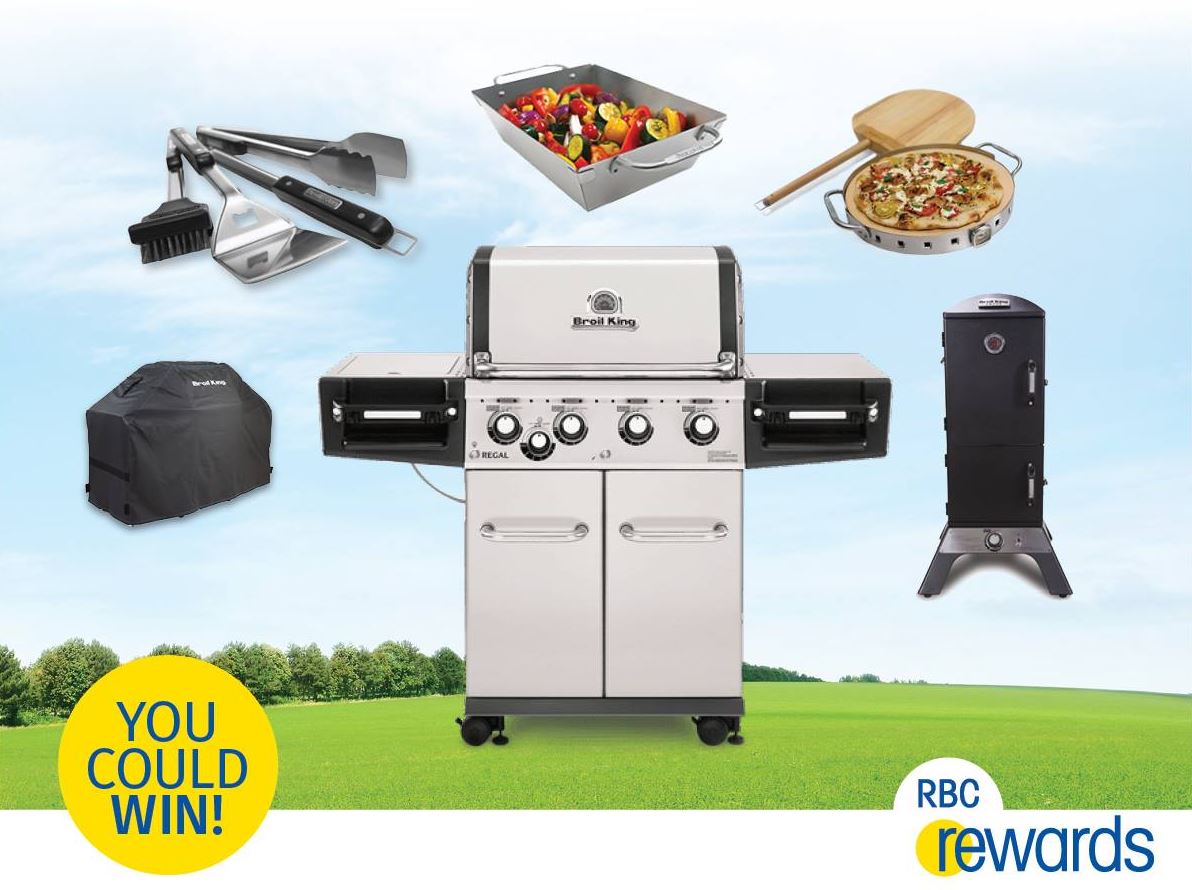 RBC Rewards has announced on Facebook its Summer BBQ Contest, in which you can win a Broil King Regal S440 Barbeque and Accessory Set valued at $2,500.

Contest is open to residents in Canada who have reached the legal age of majority in their province/territory of residence at the time of entry.

Click here to go to the RBC Rewards Summer BBQ Contest post and simply comment with your plans for the summer to be entered into the draw.

On May 13, 2018, one potential winner will be selected by random draw from among all eligible Entries received during the contest period.