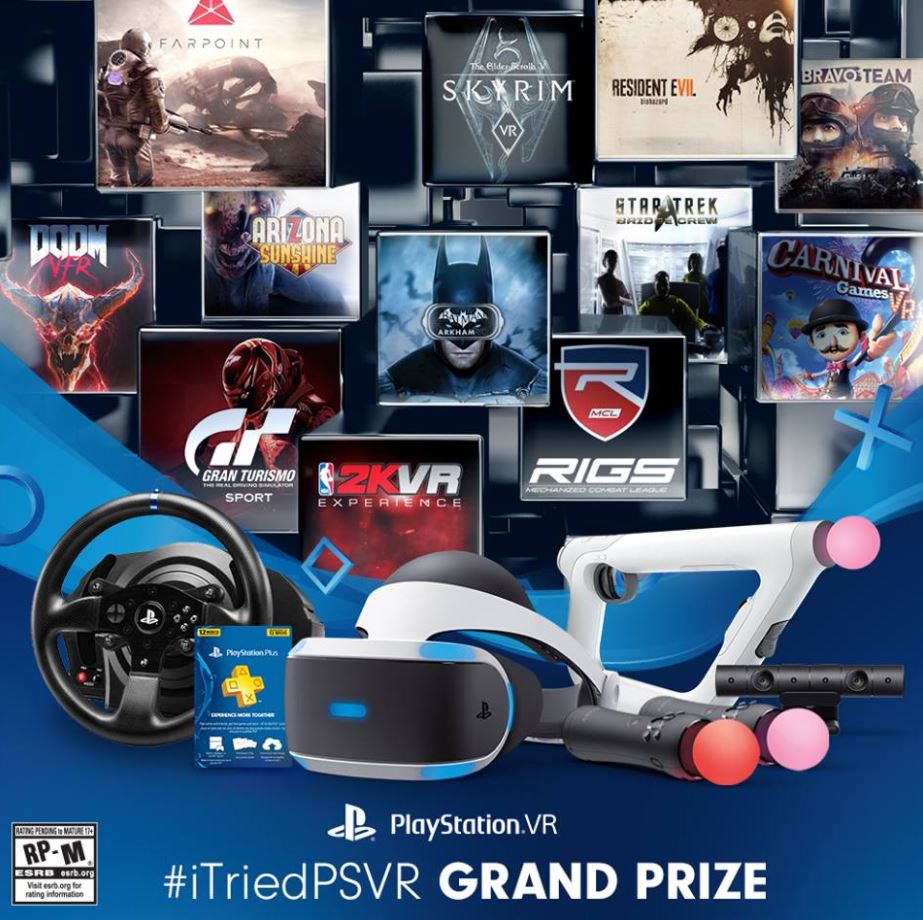 Enter the PlayStation Canada #ITriedPSVR Contest for your chance to win a PlayStation VR prize package valued at $1857 and weekly prizes.

Contest is open to all residents of Canada who have reached the age of majority.

Snap a photo showing your PS VR experience. It could be you in your own set up, experiencing a demo at a store or mall, or even trying a friend’s headset.

To enter via Facebook, post your photo on any of the contest posts on facebook.com/PlayStationCanada and use the hashtags #ITriedPSVR and #contest.

On January 5th, 2018 a random drawing will be held to select a potential winner of the Grand Prize from among eligible Entries received via Facebook, Instagram and Twitter.