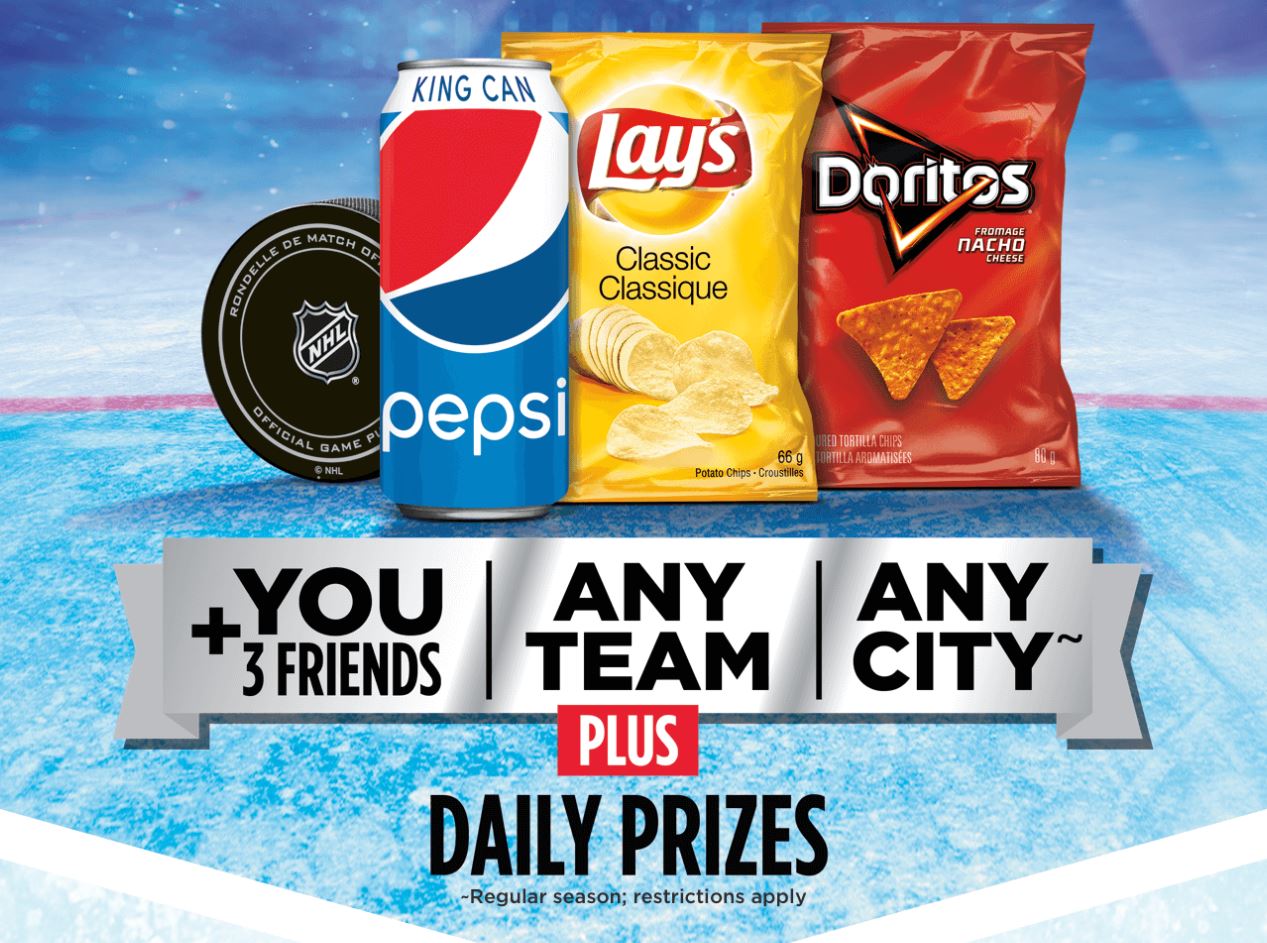 Enter the Pepsi and Lays Hockey Adventure Contest from Circle K and Mac’s for your chance to win daily prizes, weekly prizes or a grand prize consisting of a trip for four to a regular season NHL hockey game.

Visit a participating Mac’s, Circle K or Couche-Tard Convenience Store and purchase any two Pepsi or Lays participating products. Then, take a full picture of your whole receipt.

Go to the official website of the contest here: pepsilayshockeyadventure.ca

Upload the picture of your receipt and enter your full name, email and province or territory in the contest entry form.

There is a limit of one entry per person per day during the Contest Period.

Random drawings will take place in order to select daily winners and the weekly winners during the contest period.

On December 7, 2017 a random draw will be conducted from among all eligible entries received during the Contest Period to select the Grand Prize winner.

Winners will be notified via email within 3 business days of the draw.

Sunset Fall Fresh Giveaway: Win an assortment of 10 packages of...