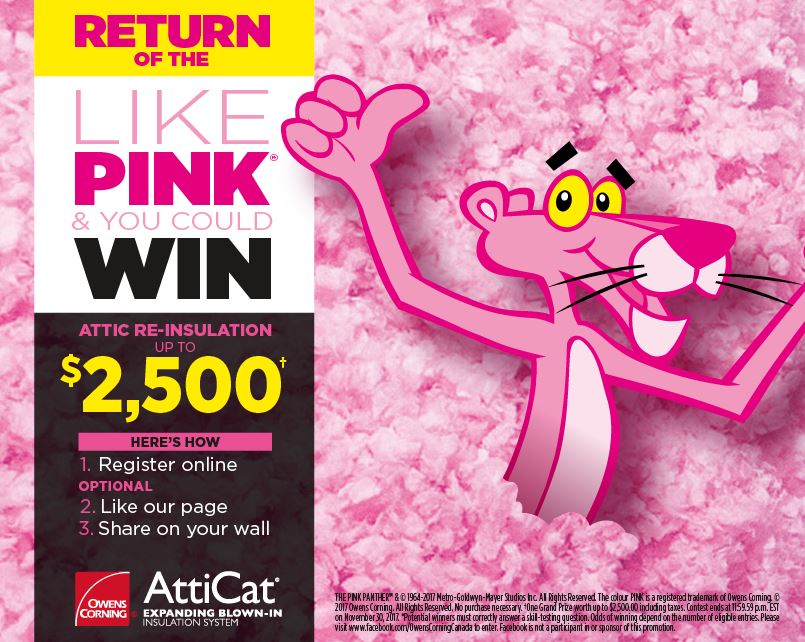 The Like, Pink & Win Contest from Owens Corning has returned. Follow the simple steps and you can win an attic re-insulation up to a maximum of $2,500 CDN in costs.

Contest is only open to permanent residents of Canada, excluding Quebec, who have reached the age of majority in their province at the time of entry.

Fill out the form your name, email address and phone number. Agree to the rules and submit the form o receive one entry.

After submitting the form you can share the contest to receive up to five bonus entries.

Contest closes on November 30, 2017. The Grand Prize winner will be chosen by random draw from all the elegible entries.

Grand prize (1 winner): Winner will have a licensed contractor to re-insulate their attic up to a maximum of $2,500 CDN in costs associated with using Owens Corning AttiCat Expanding Blown-in Insulation System.

Potential Grand Prize winner will be selected by a random draw that will be made on or around December 1, 2017.