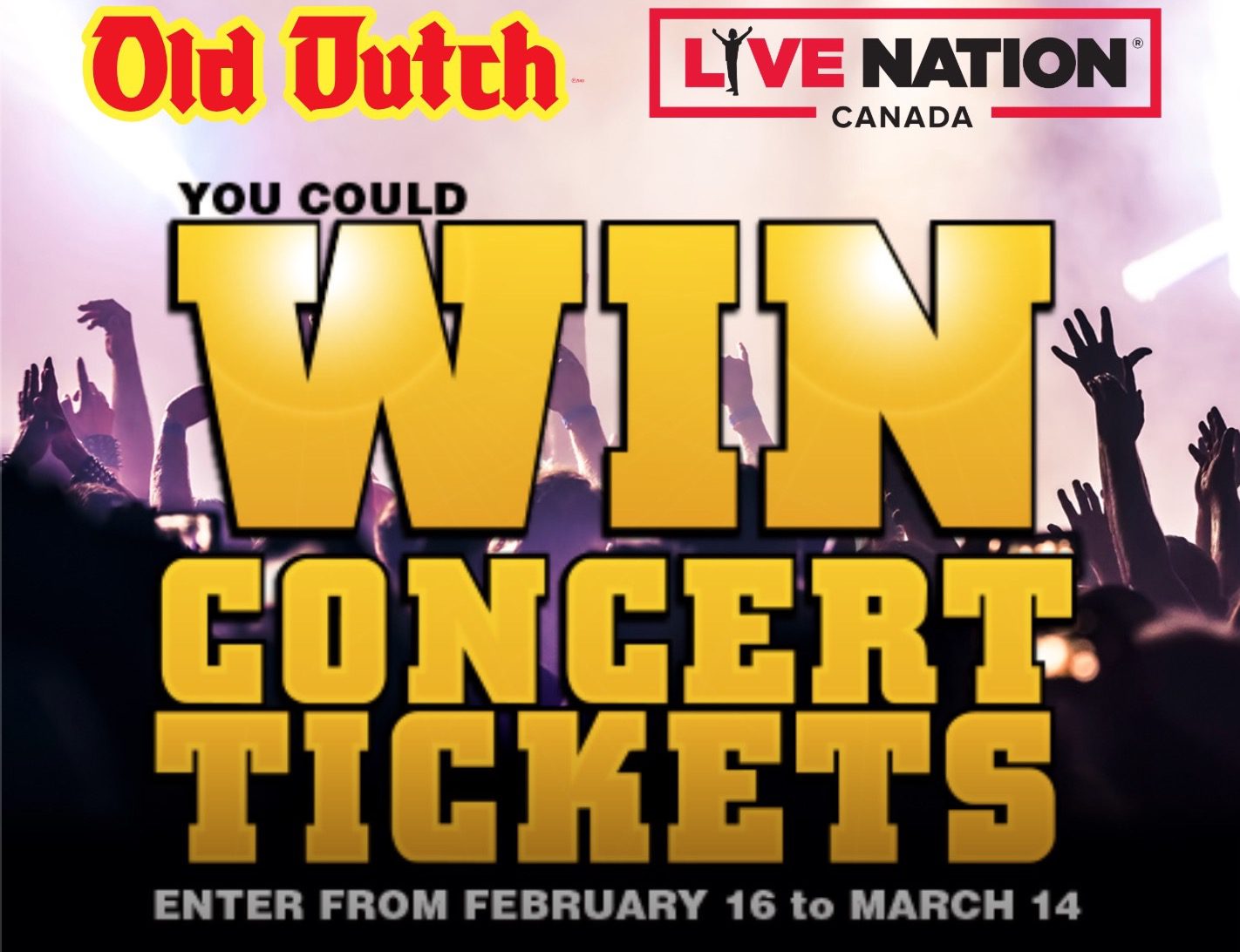 Enter now the Old Dutch Flavour of Music Contest for the opportunity to Win tickets to see a participating Live Nation concert and more.

Entry is open to all residents of Canada who have reached the age of majority in the province in which they reside.

To enter, head over to the Contest Website at www.flavourofmusic.com and fill out the online entry form. The form must include your first name, last name, email address, phone number, address, city, province, postal code and select your favourite musical genres. Or enter via social media as prompted.

Entries close on March 14, 2020. The winners will be selected in a series of random draws.

The grand prizes will consist of two tickets to see a participating Live Nation produced and-promoted concert in any Canadian city prior to September 30, 2020.

The winners will be selected weekly on 25 February, March 3, 10 and 17. All winners will be notified by email or by private message in the social media account they entered.