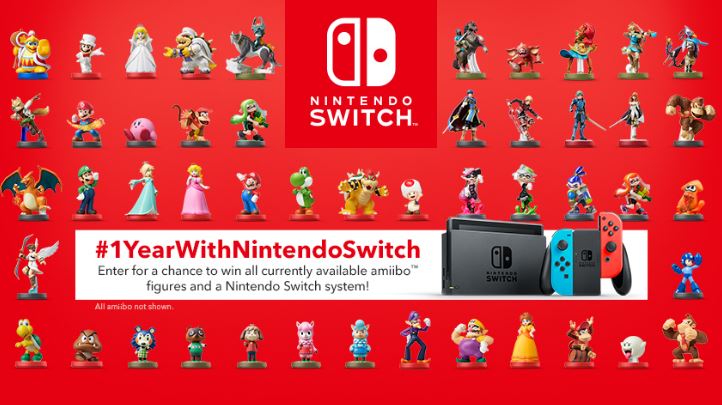 Nintendo Canada has announced the #1YearWithNintendoSwitch contest. Enter for your chance to win a Nintendo Switch system plus one full set of currently available amiibo figures (approximately 140 amiibo).

Contest is only open to legal residents of Canada who are 13 years of age or older who have a Twitter account.

Post to your Twitter account your artwork, photos, or videos celebrating your first year with Nintendo Switch. Use the hashtags #1YearWithNintendoSwitch and #NintendoContest at the beginning of your tweet to make your entry eligible.

There is a limit of one entry per person during the contest period.

Contest closes on Sunday, March 16 at 11:59 pm. The winner of the Nintendo Switch Prize Pack will be determined in a random draw.

On March 19, 2018, a random draw will take place to award the prize from all the elegible entries received.

Keurig McCafé VIP 2021 Contest: Enter your PIN and win over...