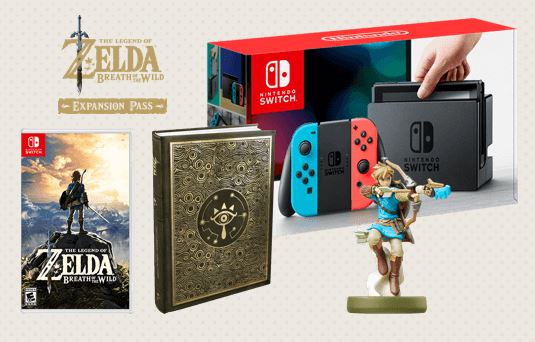 Enter the My Nintendo 2017 Holiday Sweepstakes for your chance to win one of the 8 Nintendo Prize Packs, some of which include a Nintendo Switch.

Contest is open to residents of the United States and Canada (excluding Quebec) who are at least 13 years of age and who are members of the My Nintendo rewards program.

Sign in to your Nintendo Account and then go to the official My Nintendo 2017 Holiday Sweepstakes page at happyholidays.nintendo.com/holiday-sweepstakes/

Click the “Pick your faves” button and then vote for your top five choices of this year’s popular Nintendo products.

Winners will be chosen randomly from among all the elegible entries. The potential winners will be notified by email on or about November 22, 2017.