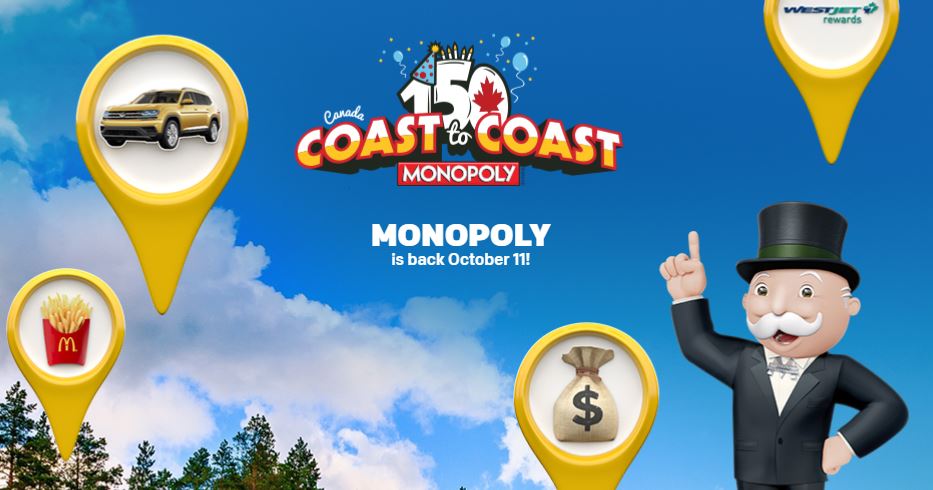 McDonalds Monopoly Coast to Coast 2017 Contest is back! Starting October 11, 2017 you will be able to enter and win many prizes such as gift cards, video games, headphones, fuel for a year, Snowmobiles, a 2018 Volkswagen® Atlas™ SUV, cash and many more prizes.

Sweepstakes is open only to residents of Canada who have reached the age of majority.

Go to any McDonalds in Canada and purchase participating menu items. Those menu items come in specially marked packaging that include a Game Piece affixed to the packaging.

Alternatively, you can just request a Game Piece without buying a food item at any participating McDonald’s restaurant.

You can win instant prizes, you can also play the game by collecting the game pieces in order to win the more valuable prizes.

You can track your properties by registering at the official property Tracker website at mcdpromotion.ca (you can also earn rewards by entering your property codes).

Another chance to win is by downloading the My McD’s App and scanning the app offers.

Official rules of the contest: https://mcdpromotion.ca/en-ca/OfficialRules