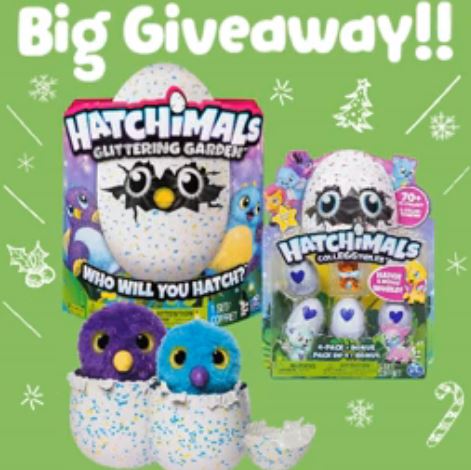 Mastermind Toys has announced the new Big Giveaway. This time, you can win one of the two Deluxe Hatchimals Prize Packs, which include one Glitter Hatchimals and two 4-packs of Hatchimals CollEGGTibles (each prize pack is valued at $110).

Giveaway is open to Canadian residents, excluding residents of the province of Quebec.

There is a limit of one entry per family/household.

Grand Prize (2 winners): A Deluxe Hatchimals prize pack. Each pack includes one Glitter Hatchimals and two 4-packs of Hatchimals CollEGGTibles (each prize pack is valued at $110).

Winners will be chosen randomly from among all the elegible entries. Potential winner will be contacted via Facebook.

Subway Pepsi NHL Contest 2021: Enter the PIN code from your...