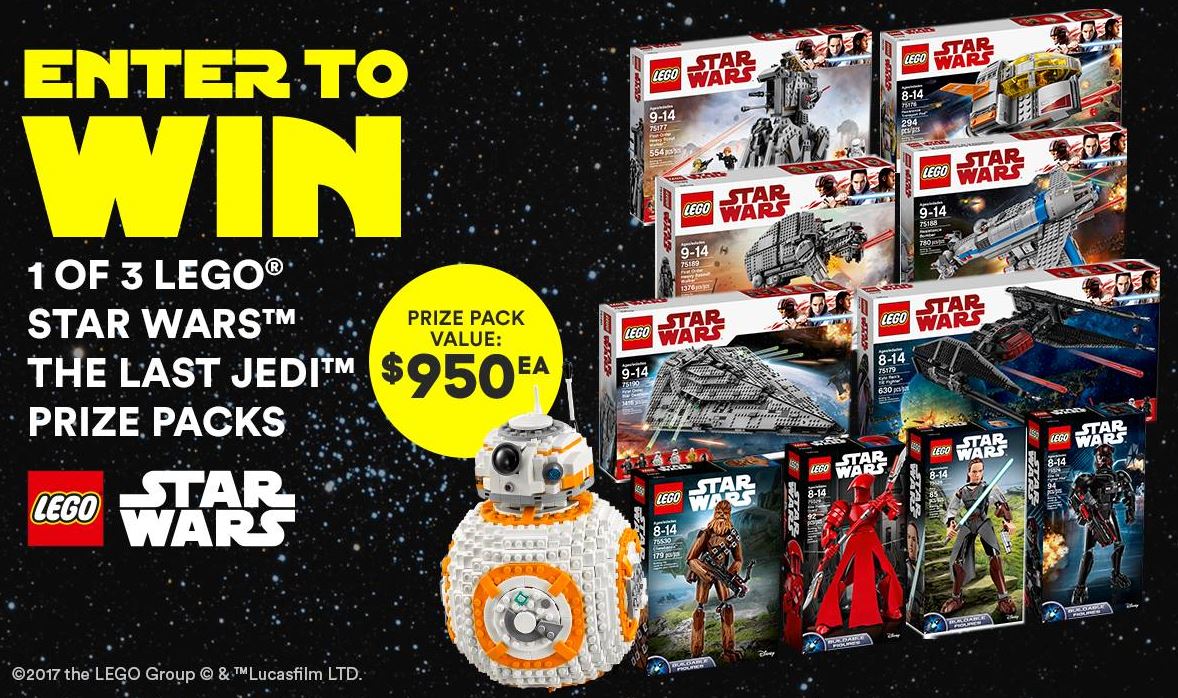 Mastermind Toys has just posted a Force Friday Contest in which you can win one of the three prize packs consisting of the entire line of LEGO Star Wars Episode VIII: The Last Jedi sets valued at $950.

Contest is open to residents of Canada excluding Quebec.

Go to the contest post and leave a comment mentioning what you would name the starship or vehicle you would build to battle the First Order.

Giveaway ends Monday September 4, 2017 at 11:59pm EST. Winners will be chosen by random draw from among all the elegible entries.

A random draw will be held to select the winners from among all the elegible entries. Winners will be contacted via Facebook.

Sunset Fall Fresh Giveaway: Win an assortment of 10 packages of...