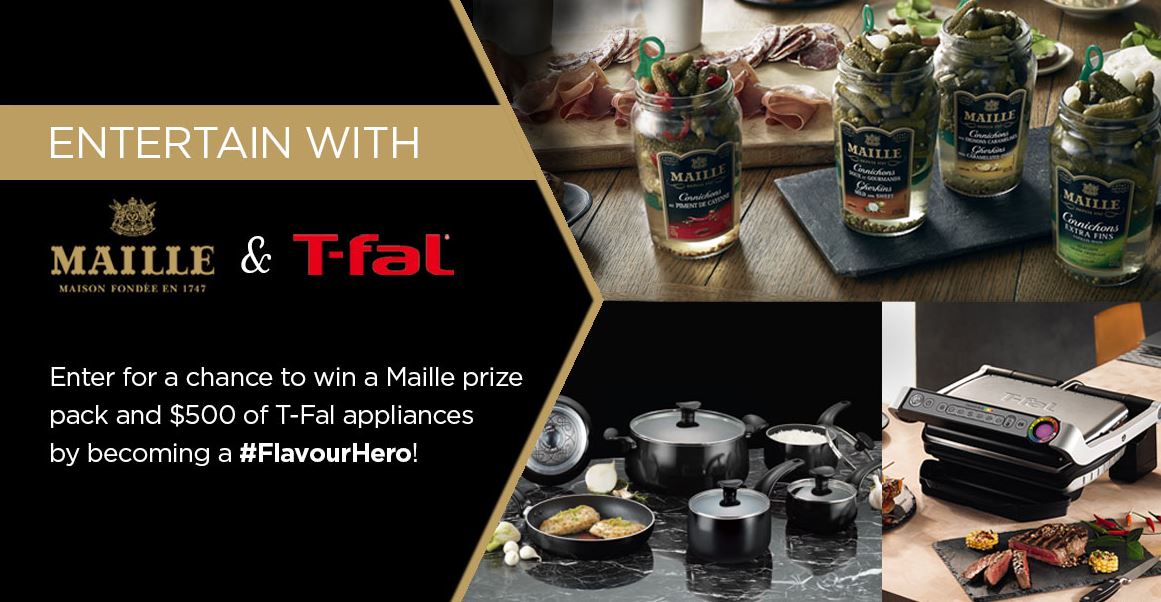 Maille is celebrating its 270 years of history with the new “Flavour Hero Contest,” in which you can win one of the $50 Maille Prize Packs or one of the 3 Grand Prizes consisting of one of T-fal prize packs valued at $500.

Grand Prize (3 winners): a choice of two T-fal prize pack valued at $500. Choose between T-fal Matisse cookware (a 26cm AND 30cm frypans as well as a Matisse 10 pcs set) OR T-fal electrics package that includes one Actifry Original (1kg) and an OptiGrill Plus.

Winners will be selected in a draw a week after the contest has ended.