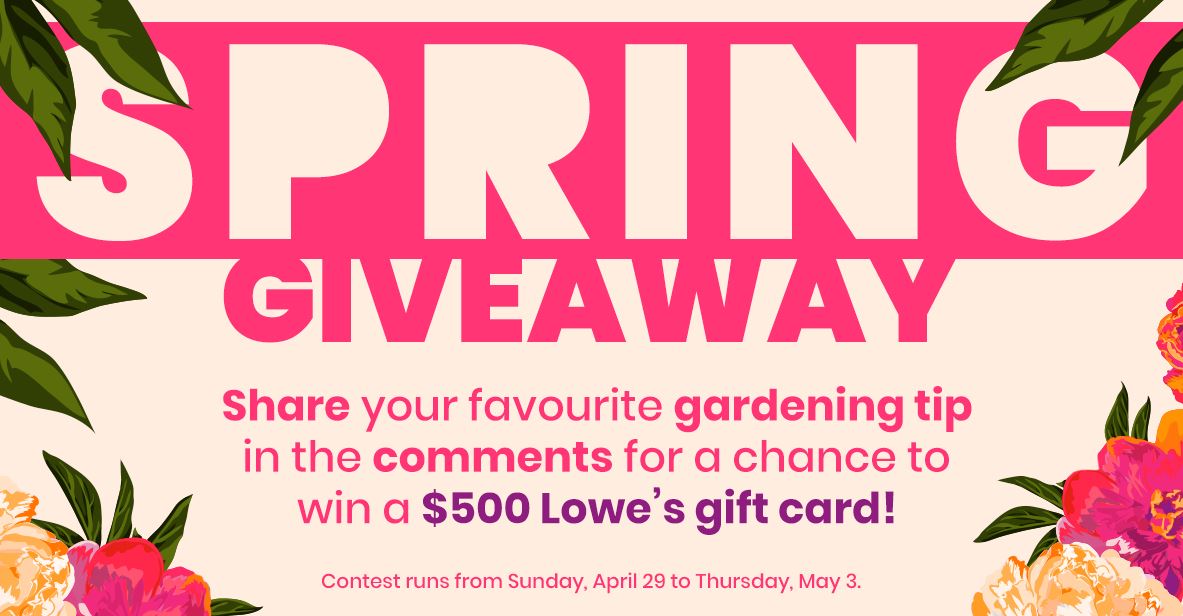 Lowe’s has announced on Facebook its Spring Giveaway, in which you can win a $500 Lowe’s gift card.

Contest is open only to legal residents of Canada (excluding Quebec, Yukon, the Northwest Territories, and Nunavut) who have reached the legal age of majority in their province or territory of residence.

Contest closes on Thursday, May 3, 2018. The winner of the gift card will be chosen by random draw from among all the elegible entries received.

The winner will receive a $500 Lowe’s gift card.

The potential winner will be selected in a random drawing from and among all eligible entries on approximately May 8, 2017 and will be contacted by direct message.