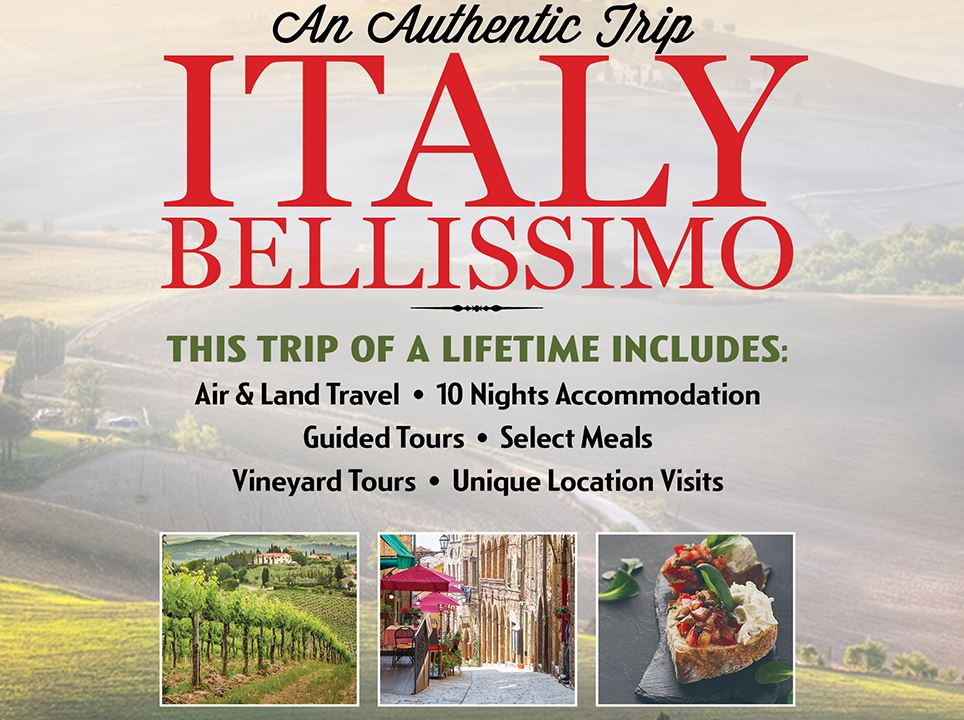 Enter the Italy Bellissimo Contest for your chance to win a 10-night trip to Italy that includes visits to Rome, the Isle of Capri, Assisi, Venice, Montecatini Terme and more.

Contest is only open to residents of Ontario who have reached the age of majority.

Fill out the online entry form with the requested personal details. Agree to the contest rules and submit the form to receive one entry. There is a limit of one online entry.

To receive an additional entry, you must attend the Gourmet Wine and Food Show taking place at the Metro Toronto Convention Centre in Toronto from November 16 to November 19, 2017 and complete the electronic ballot. There is a limit of one in-person entry.

On or about November 21, 2017 one selected entrant will be chosen from among all the elegible entries received during the contest period.

Casillero del Diablo Hallowine Contest 2022: Win a trip to a...