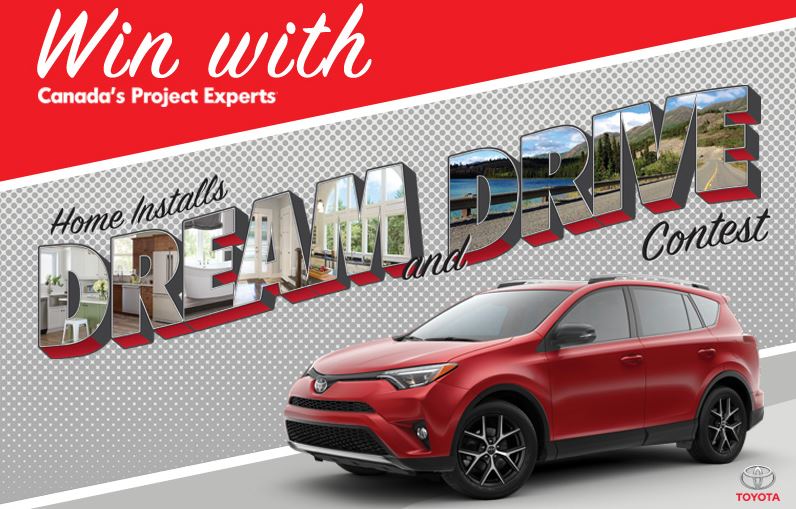 Enter the Home Installs Dream and Drive 2017 Contest for a chance to win a new 2017 Toyota RAV4 AWD SE with an approximate retail value of $36,270.

The winner will be randomly selected on or shortly after November 20, 2017 from among all eligible entries received during the contest period.