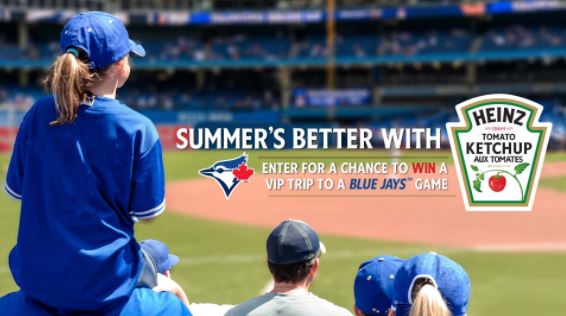 Enter the “Summer’s Better with Heinz” Contest for a chance to win one of the 3 VIP trips for 4 to a Blue Jays Game at Rogers Centre.

Secondary Prize (150 winners): 12 Heinz ketchup coupons, each coupon is redeemable for one 1L bottle of Heinz ketchup from any retailer in Canada.

A random draw will be held at approximately 10:00 a.m. ET on August 2, 2017 to select the winners among all the elegible entries.