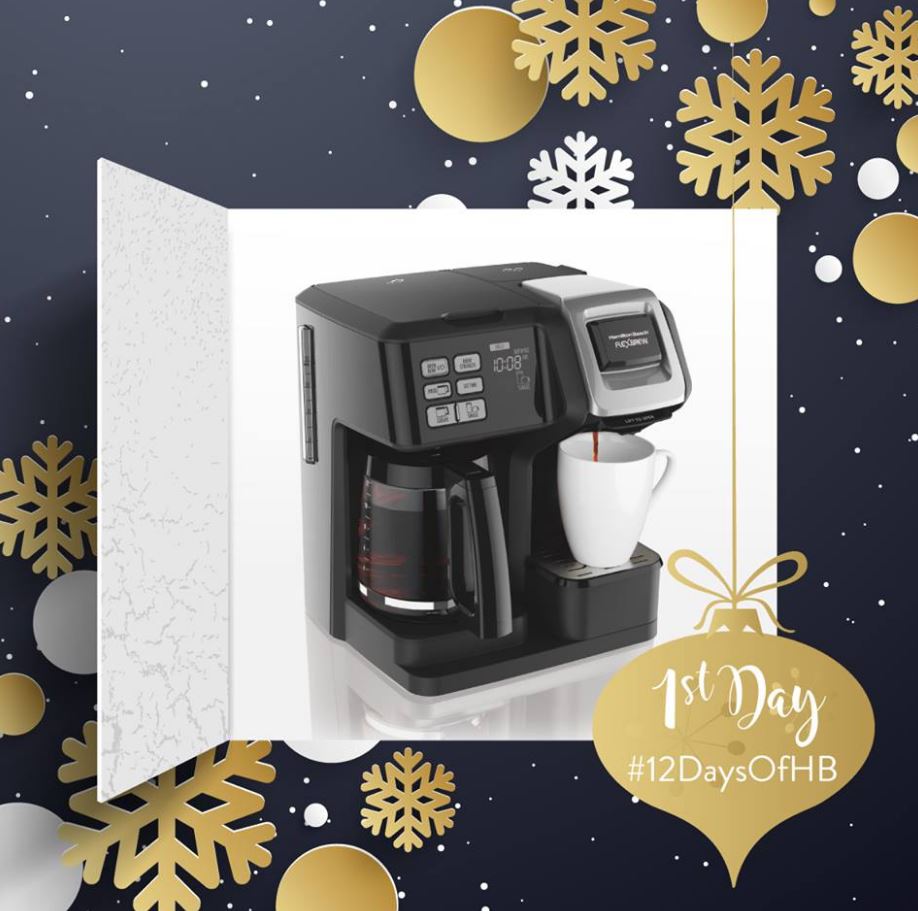 Hamilton Beach has announced today its 12 Days of Christmas Contest #12DaysofHB. Enter every day for your chance to win one of the twelve home appliances, the first day prize is a 2-Way FlexBrew Coffee Maker.

Contest closes on December 15, 2017 at 11:59 pm EST. There will be 12 winners for each platform (Facebook and Instagram), who will be chosen by random draw.

The prizes will be announced each day during the contest period. There will be one winner per platform (Facebook and Instagram).

The prize of the first day is a 2-Way FlexBrew Coffee Maker.