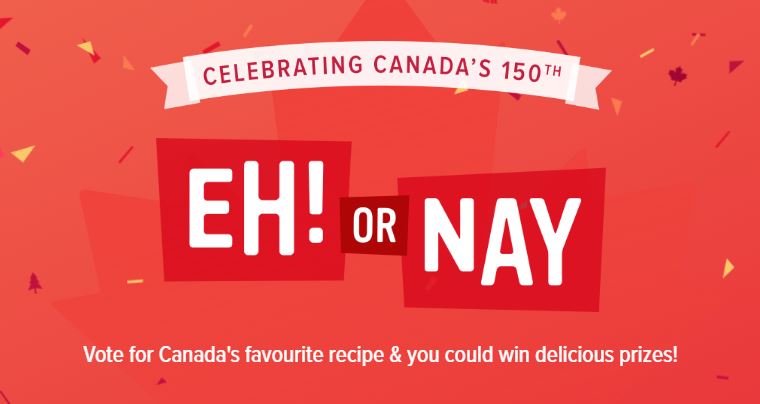 Enter Food Network Canada’s Eh! or Nay! 2017 Contest for a chance to win a year’s worth of groceries, KitchenAid Ultra Power Series Mixers, Flight Centre Gift Cards and more.
1. Visit the official website of the contest at voteeh.ca
2. Click the Play the Game button and vote for your favourite recipe. To be able to vote you will have to register on the website.
3. Every vote you submit counts as a chance to win an instant Secondary Prize. Each time you vote, you also receive an entry into the Grand Prize draw.
4. To get 1,000 bonus entries, simply subscribe to the Food Network Canada newsletter on the official website.

Gand Prize Winner: On or about July 31, 2017 one entrant will be selected as the potential winner by a random draw from all eligible entries received during the Contest Period.