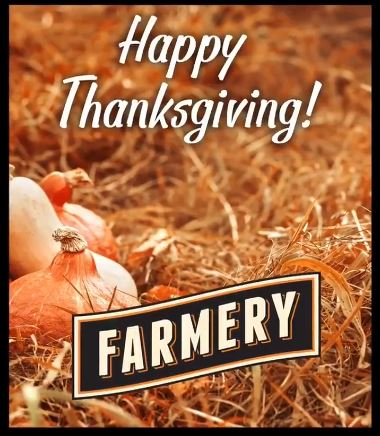 Farmery Brewery posted yesterday on social media a Thanksgiving contest in which you can win a Farmery Beer Fridge.

Like the contest post and mention what is your favorite Farmery Beer to pair with your Thanksgiving dinner.

You can also enter via Twitter by following @FarmeryBrewery and liking and retweeting the contest tweet with your favourite Farmery beer.

Contest closes on Monday October 9, 2017 at midnight. A random draw will be conducted to select the winner of the fridge from among all the elegible entries received during the contest period.

Winner of the Grand Prize will receive a Farmery Beer Fridge.

The Farmery Brewery Facebook Contest begins on October 6, 2017 and ends on October 9, 2017 at midnight

Winner will be chosen by random draw from among all elegible entries and he or she will be announced on Farmery Brewery social media accounts.

Bentley Contest: Win a set of the Tracker Legend luggage and...