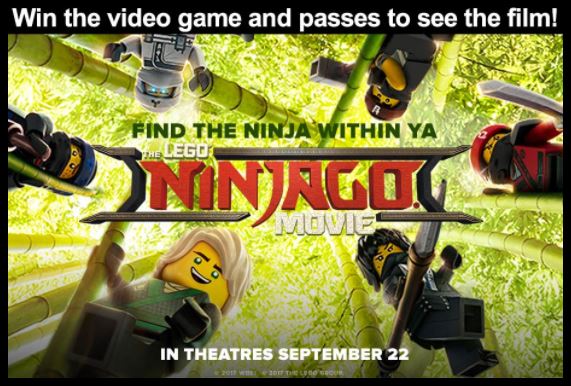 Enter the Exclaim! LEGO Ninjago Movie Contest for your chance to win the LEGO Ninjago video game for Playstation 4 and screening passes to see the film.

To enter, first read this article from when the film’s first trailer came out at Exclaim.

Then, go to the contest page and fill out the online form with the requested personal information and answer the question Who Directed ‘The LEGO NINJAGO Movie’? (the answer is in the article).

Contest ends on September 22, 2017. A random draw will be held to select the winners of the prizes.

Grand prize (1 winner): a copy of 'The LEGO NINJAGO Movie' video game for Playstation 4 and a pair of run-of-engagement passes to see the film.

On or about September 22, 2017 a random draw will be held in order to select the winners of the prizes.

McDonalds Monopoly Coast to Coast 2022: Enter your game codes and...

Win a ZWILLING ENFINIGY Milk Frother with one 2 piece set...