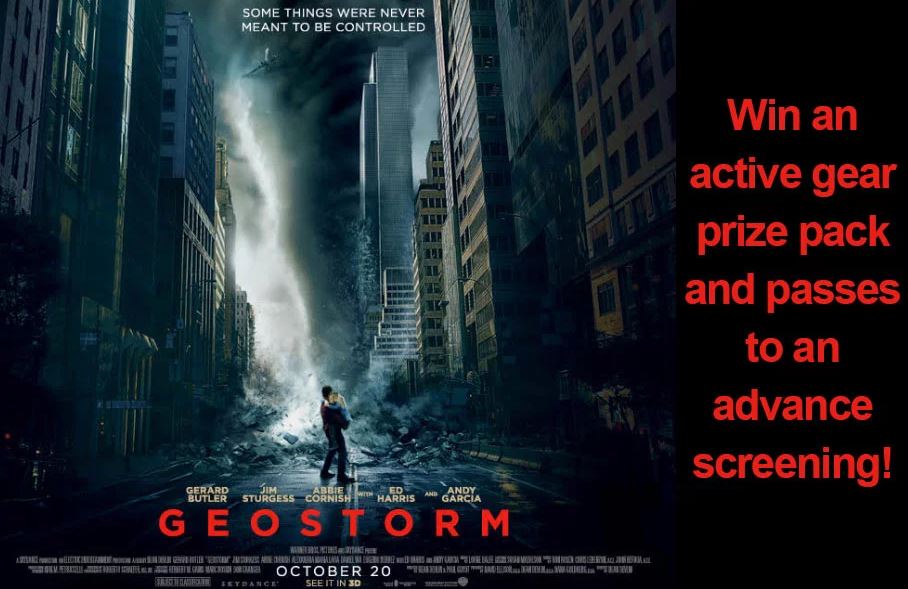 Geostorm hits theatres on October 20, but Exclaim! is giving away 140 tickets to an advance screening and a Grand Prize which includes an active gear prize pack.

Contest is open to residents of Canada who can go to the advance screening in any of the following cities: Vancouver, Edmonton, Calgary, Ottawa, Winnipeg, Halifax or Toronto.

Click here to go to the contest page at exclaim.ca

Watch the trailer of the movie, then fill out the online form with th requested information and answer the question: “Why Was Gerard Butler’s Character Late For The Event At The Beginning Of The Trailer?”

Contest closes on October 13, 2017. Winners will be randomly selected from among all the elegible entries.

Grand Prize (1 winner): an active gear prize pack and a pass (good for two admissions) to an advance screening of Geostorm.

Secondary Prizes (139 winners): a pass (good for two admissions) to an advance screening of Geostorm.

On or about October 13, 2017 in Toronto, Ontario, potential winners will be randomly selected by Exclaim! from all eligible entries received during the Contest Period.

Smile Contest: Win passes to see the movie and merchandise