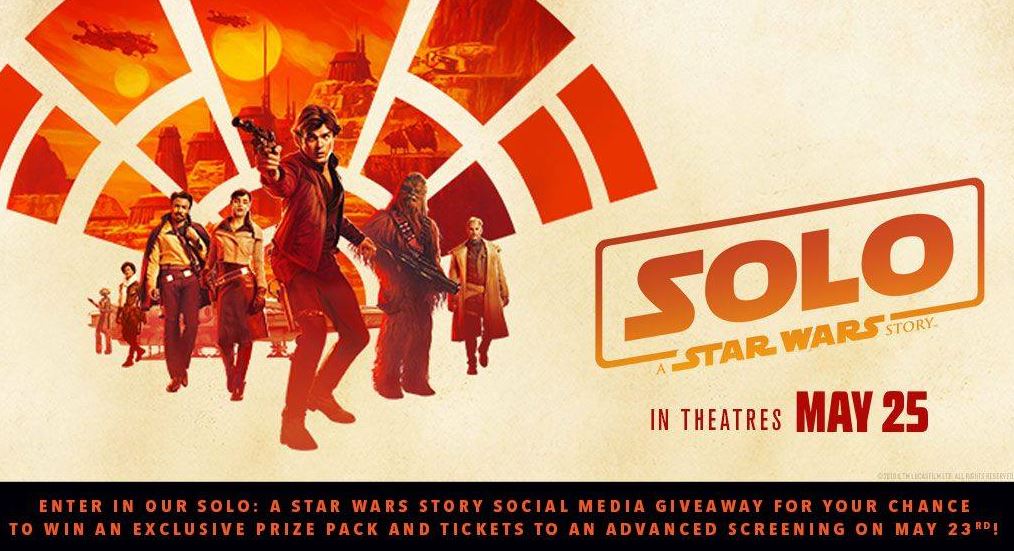 EB Games announced on Facebook a Solo: A Star Story contest in which you can win one of the five exclusive prize packs and tickets to an advanced screening of the film on May 23rd.

Contest closes on May 20, 2018. The five winners will be determined by random draw from among all the elegible entries received.

There will be 5 winners of an exclusive Solo: A Star Story prize packs and tickets to an advanced screening of the film on May 23rd. Screening locations in: Vancouver, Calgary, Edmonton, Toronto, and Montreal.

Winners will be chosen at random and they will be contacted via DMs on May 21st.