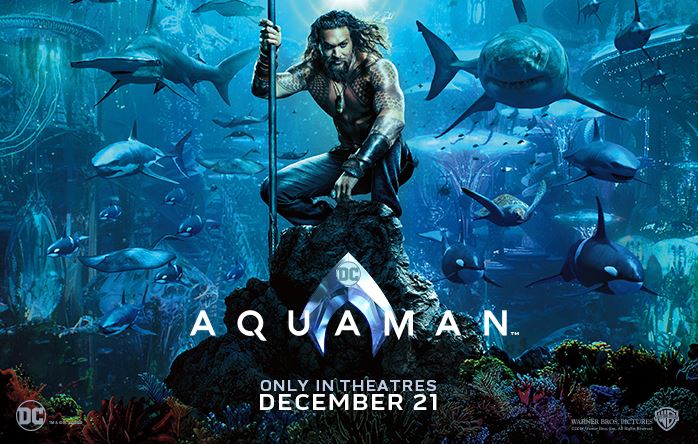 Enter the new EB Games Canada Aquaman Contest for your chance to win a trip to the North American Premiere in Los Angeles.

This contest is open only to legal residents of Canada (excluding the province of Quebec) who are of the age of majority in the province or territory in which they reside.

To enter you just need to visit the official contest web page and completely fill out the entry form with all the required details including your name, last name, email address, province and your answer to a skill testing question.

Contest concludes at 11:59 pm ET on Monday, December 31, 2018.  Winner will be selected by random draw from all eligible entries.

There is one Grand Prize available to be won, consisting of a trip for two to Los Angels, California, including:
-Round-trip economy airfares
-Two night's hotel accommodations
-Two tickets to the Aquaman picture premiere screening

There are also 25 secondary prizes consisting of double passes to the Aquaman movie on Cineplex theatres.

The random draw will take place on December 3, 2018. Winners will be notified by email and/or telephone.

Sheldon Creek Dairy Contest: Win a private tour for you and...

Win the Ultimate Caesar Prize Pack from Tabasco and Butterball