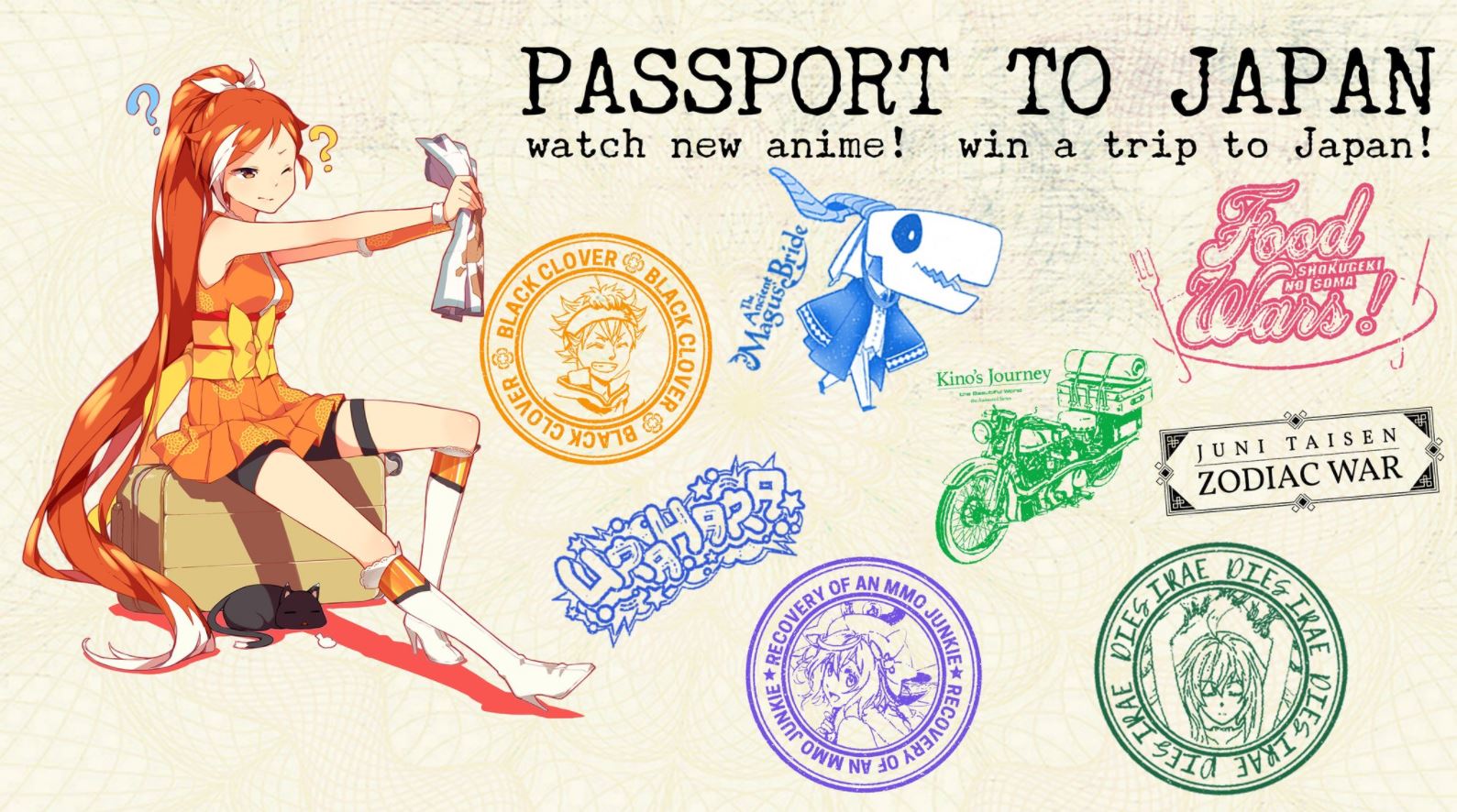 Enter the Crunchyroll Passport to Japan Contest for your chance to win a 7-day/6-night trip for two to Tokyo, Japan.

Contest is open to residents of United States, the United Kingdom and Canada (excluding Quebec) who have reached the age of majority.

Login using your Crunchyroll account, or if you don’t have one you can create one for free.

Once you have logged in, you will see your digital passport. Watch the first episode of each of the 8 titles in the contest page to receive your stamps (1 stamp per episode viewed). The eight participating Series are:
Black Clover
Dies Irae
Food Wars! The Third Plate
JUNI TAISEN：ZODIAC WAR
Kino’s Journey -the Beautiful World- the Animated Series
The Ancient Magus’ Bride
Recovery of an MMO Junkie
URAHARA

Once your passport is filled with all 8 stamps you will be automatically entered to win.

Grand Prize (1 winner): A 7-day/6-night trip for the winner and one guest to Tokyo, Japan. Includes:
- Round-trip coach class airfare for Winner and a guest.
- Six (6) nights hotel accommodation for the Winner and guest.
- $1000 USD spending money.

A random drawing will take place between November 1, 2017 and November 8, 2017 from among all the entries received during the contest period. Potential Winner will be notified by email address.

The Star is Ontario Garlic Contest: Win over $4,000 in prizing

Win a trip to the Globl Jam in Toronto and the...