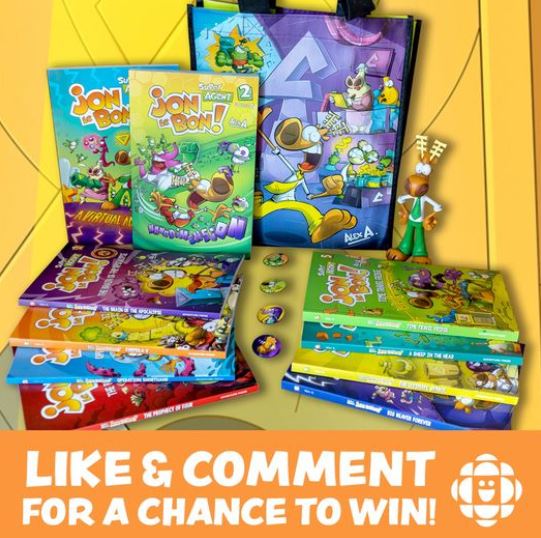 Contest is open only to legal residents of Canada who have reached the age of majority in their jurisdiction.

Entries to this contest will close on April 9, 2021.  Winner will be chosen at random from among all elegible entries received during the promotional period.

There is one prize pack available to be won, consisting of 10 Super Agent Jon Je Bon books, a Jon Le Bon figurine, an official reusable bag and 4 character pins.

Winner will be contacted via Facebook DM on April 9.