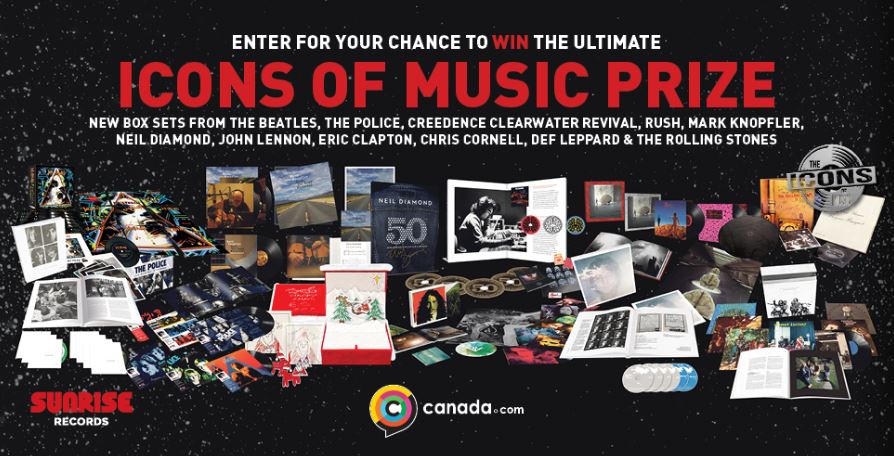 Enter the new Canada.com Icons of Music Contest, in it, you get the chance to Win a boxed sets prize pack valued at $1,780.

Entry to this contest is open only to legal residents of Canada who are at least the age of majority in the province or territory in which they reside.

To enter you need to visit the official contest web page and complete the entry form with all the required information including your name, last name, age, email address, phone number, mailing address, postal code, city and province.

The random draw will take place on December 3, 2018. Winner will be notified by telephone or email.

Win an Encircled UnMoto Jacket or a $250 Encircled gift card