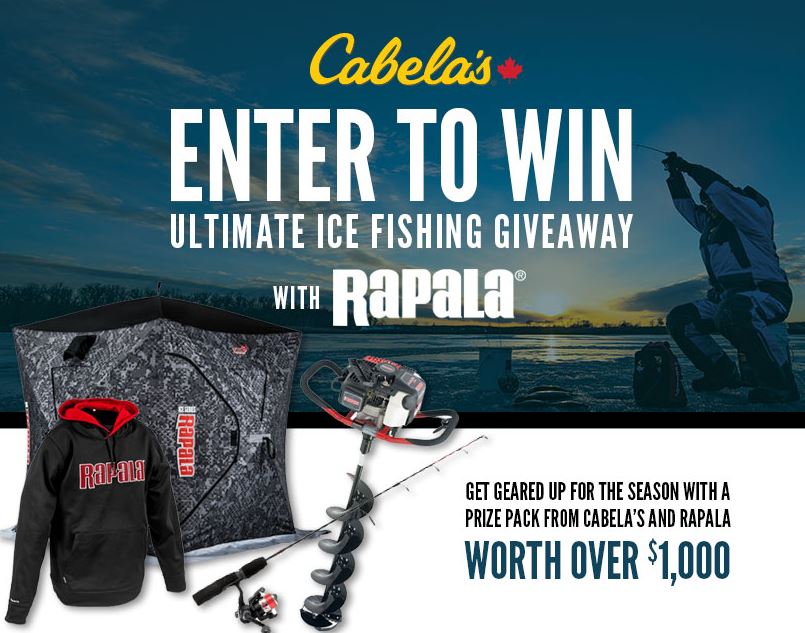 Enter the Cabela’s and Rapala Ice Fishing National Contest for your chance to win the ultimate ice fishing prize pack valued at over $1,000 CAD.

Contest is open to Canadian residents (excluding residents of Quebec and British Columbia) who have reached the legal age of majority in their province or territory of residence.

Then, simply fill out the entry form with your personal details and submit the form to get one entry into the contest.

You can obtain up to 5 additional contest entries by sharing the contest with your friends by using the sharing buttons.

Contest closes on January 21, 2018 at midnight Central Time. A random draw will be held to select the winner of the ice fishing prize pack.

The Cabela's and Rapala ice fishing Contest begins on January 11, 2018 and ends on January 21, 2018 at at midnight Central Time.

On February 5, 2018 a potential winner will be selected from random drawing from among all the elegible entries received.

Win the amazing one of a kind Samsung Freestyle projector from...