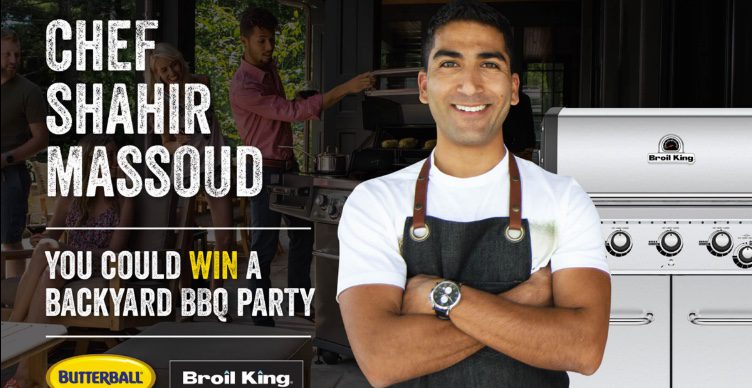 This contest is only open to legal residents of Canada, excluding the province of Quebec, who are the age of majority or older.

To enter all you have to do is visit the official contest website and complete the entry form with the required information, including, name, last name, email address, postal code telephone and your answer to the question “What are you thankful for this BBQ season?” in at least 25 words.

There is one Grand Prize to be won, it consists of a Friends and Family Barbeque at your home, consisting of:
-One Broil King® Regal™ S590 Pro barbecue
-Home visit by executive chef Shahir Massoud for four hours based on chef's
availability
-A selection of Broil King® accessories
-Supplied food and drinks on day of Barbeque

There are 3 secondary prizes, each consisting of One Broil King Signet 320B barbecue.

There are also 5 weekly prizes each consisting of one $25 CAD Butterball Gift Certificate and one Broil King accessory kit.

Winners will be notified by email or telephone.