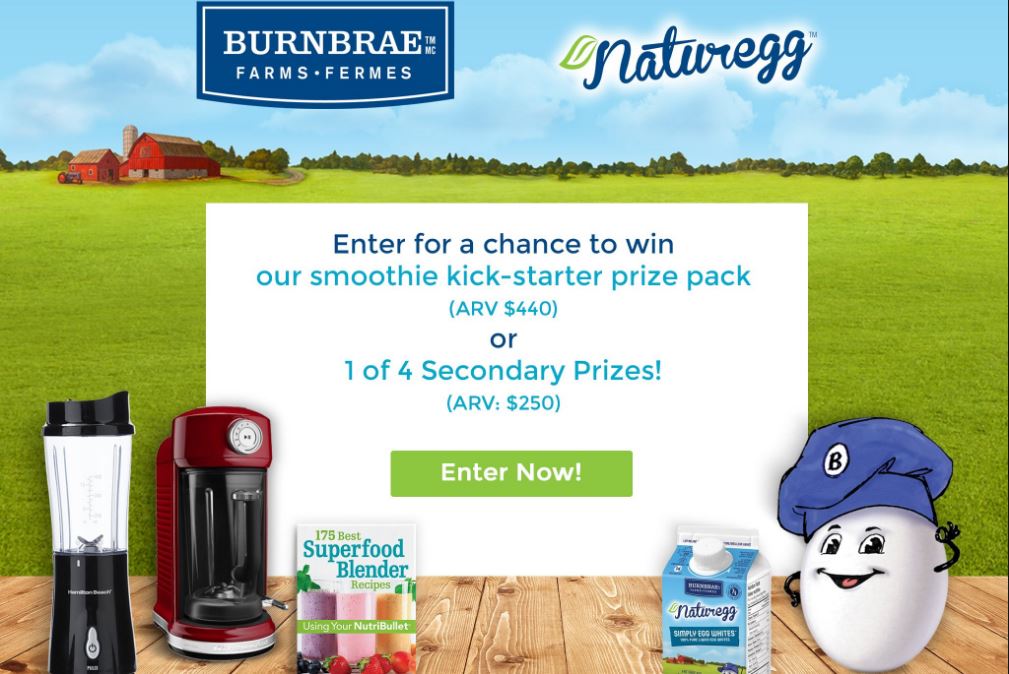 To enter the Burnbrae Farms Naturegg Contest simply go to the official website http://contest.burnbraefarms.com/naturegg/contest and fill out the entry form with your personal information.

A random draw will be conducted by the independent contest organization in Mississauga, Ontario, at 2:00 pm E.T. on April 14th, 2017 to select the Grand Prize winner and the four Secondary Prize winners from among all eligible Sweepstake Entries.

Exclaim Contest: Win Guns N’ Roses’ Use Your Illusion I &...

Win 1 of 2 Logitech Litra lights for your home office

Hallmark Channel Cozy up for Christmas Contest 2022: Enter the code...